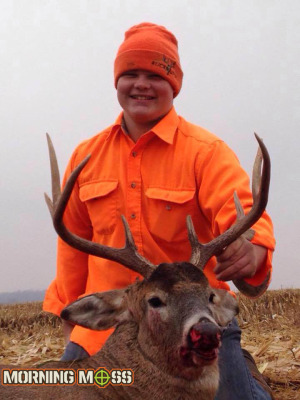 Wyatt Bancroft managed to shoot this awesome 8 point buck on the second day of the Wisconsin gun season!

Wyatt Bancroft shot this big 8 point buck during the 2014 Wisconsin gun season on the second morning. Wyatt managed to kill this big buck, which is his largest buck that he’s ever shot on a rainy, cold morning.

Congratulations to Wyatt on an awesome deer. We’re sure that it’ll look great on the wall.

Send us your deer photos and other hunting & fishing pictures and we’ll post them up!