For the third time in less than a year, the U.S. Congress will attempt to pass legislation that will allow the states of Wisconsin, Michigan, Minnesota, and Wyoming to control their wolf populations without interference from the courts.  Previous legislation was strongly supported by Wisconsin Senators Baldwin and Johnson and they will likely support the new proposal.  This latest legislation was introduced into the U.S. House by Representatives Sean Duffy (R-WI), Collin Peterson (D-MN), and Liz Cheney (R-WY).  Cheney is the daughter of former Vice-President Dick Cheney.  Wisconsin has been unable to hold wolf seasons for the past two years due to a federal court decision in 2014 that returned wolves to protected status.

As a result of the court decision, Wisconsin has seen its minimum wolf population increase by 12.5% in 2015 and 16% in 2016 (746 and 866 wolves, respectively).  An important caveat in these numbers reported by the WI DNR is that they are the minimum populations.  Knowledgeable observers place the actual population between 1,500 and 2,000.  However, even accepting the minimum count in 2016 of 866 as representative of the population, it is enlightening to compare that number with the states of Montana and Idaho, both of which have less human presence than Wisconsin.  In 2014, Montana’s wolf count was 554 (numbers for 2015 are not currently available) and Idaho’s count was 786 in 2015.  The wolf population in Wisconsin is second only to Minnesota in the lower 48 states.

Several years ago when the wolf population was lower in Wisconsin, the DNR estimated that wolves killed 20,000 whitetails per year.  Proponents of wolf protection argue that bears, coyotes, and bobcats also kill deer.  While these predators typically kill fawns in the spring, they do not hunt in packs (coyotes rarely do) and they do not typically kill adult deer.  Wolves, on the other hand, hunt in packs during the entire year, killing fawns and adult deer, and also engage in spree or surplus killing of prey that they do not eat. 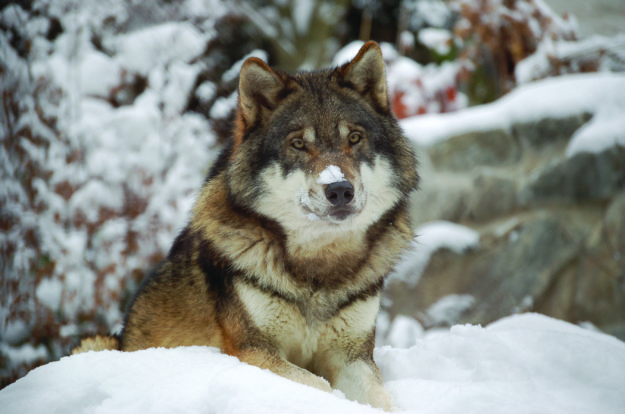 There have been reports by deer hunters who live or hunt in Wisconsin’s northern counties that the deer population has suffered as a result of depredation by wolves.  Some hunters have passed up the deer seasons and others have moved their hunts to central and southern counties.  Currently, there is debate among hunters, DNR personnel, and others regarding the reported increase in 2016 of buck harvest in the northern zone.  The causes of this are not clear but one suspected cause is an abuse of the electronic registration system.  The contention in this regard is that wolf protectors falsely reported buck harvests in order to show that wolves were not decimating the northern deer herd.  This has led to pressure on the DNR to abandon electronic registration and return to in-person registration in the northern zone or even the entire state.  So far, the DNR has defended electronic registration.

If and when Wisconsin is allowed to control its wolf population, how many wolves can be allowed without having devastating effects on big game and livestock?  Numbers and percentages from Wisconsin’s three wolf seasons offer some guidance.  During the first wolf season in 2012, 117 wolves were taken; the total human take during 2012 was 239 (This includes legal culling done by the USFWS, the USDA/Wildlife Service, landowners and illegal kills).  This represented 29% of a minimum wolf population of 820 animals.  The following year, the minimum population was 809, virtually unchanged after the 2012 season.  During 2013, the total wolf take was 364 with 257 accounted for by hunting and trapping; this accounted for a 55% reduction in the population.  In 2014, 222 wolves were taken by hunting, trapping, and other means, out of a minimum population of 660.  Clearly, the 2013 take was beginning to impact the population. 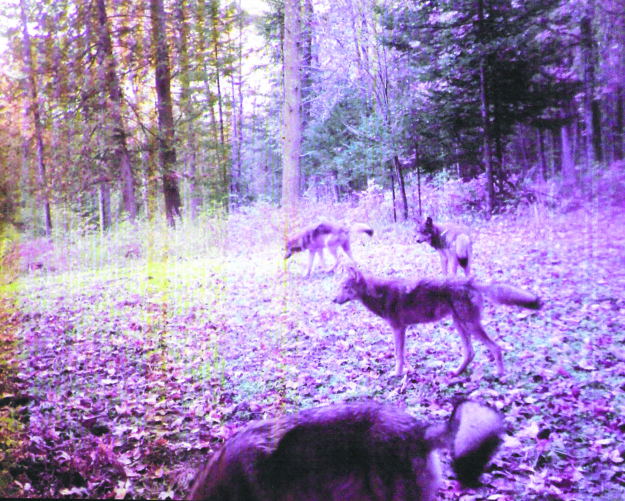 The experience of the USDA/Wildlife Service also lends some insights into the wolf problem.  This arm of the USDA is responsible for reducing or eliminating predator effects on livestock.  Various hazing methods have been used to scare wolves away from livestock but none has proven effective except on a short term basis; once the wolves figure out that the expensive electrified fences don’t carry a lethal shock, they ignore them.  Or, as a USDA biologist noted, the calves slip under the fences only to be met by wolves.  Neither does the trapping of offending wolves have any effect when lethal methods prohibited by federal court decree are in effect.  Trapping and relocating wolves only moves the problem from one locale to another.

Despite the presence of wolf packs in Wisconsin in the 1960s and 70s, as documented by the DNR, it was decided to place wolves under federal protection in order that wolves could migrate from Minnesota and the U.P. and establish territories in the state.  The initial population goal was 100 animals but was later raised to 350.  As a result of increasing populations that far exceed the 350 goal, wolf depredation of livestock, hunting dogs, and domestic pets has risen.  During the 2016 bear season wolves killed 40 hunting dogs, the highest number since wolves were initially protected.  As wolf populations increase, so does their territory.  There have been recent reports of wolf sightings in Waupaca and Outagamie Counties.  The accompanying photo of four wolves was taken on a trail camera in Waupaca County in 2016.  It should come as no surprise that wolves expand their territory when prey numbers decline.

Once Wisconsin regains control of its wolf population, how should the DNR proceed to reduce the numbers to 350 (interestingly, 32 county boards have endorsed a population of 350 or less)?  Hunting and trapping seasons will help but, alone, will not have a significant impact.  Dr. Charles Kay, noted ecologist at Utah State University, reports that sport hunting and trapping of wolves in Montana and Idaho have not had a major impact on wolf numbers.  He is convinced that actual predator control is the only way to significantly reduce the population.  He further recommends that the first year of wolf control must remove 70% of the population followed by a 40% reduction every year after in order to keep wolf numbers stable.  In order to limit the population to 350, the hunting community will need to send a clear message to the DNR and to its leadership.  This effort has a precedent.  In the early 1900s wolves had decimated the deer population in northern Wisconsin and the U.P.  An appeal by hunters to the federal government resulted in a major decline in wolf numbers and an increase in deer numbers.  Hunters and conservationists have expended considerable time, energy, and resources for many years to ensure a healthy and sustainable deer population in the state.  The time has come for a renewed effort to continue that goal.