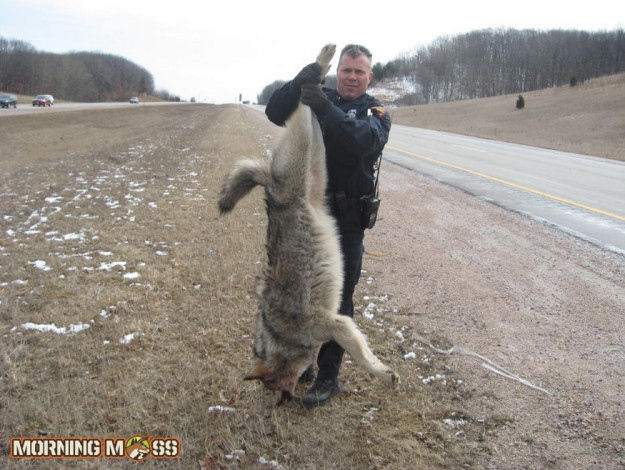 This large gray wolf was hit by a car in Portage, Wisconsin. This is pretty uncommon and shows that wolves are moving further South in Wisconsin.

It’s fairly uncommon to see wolves move this far South in Wisconsin and throughout the Mid-West, but there is no arguing about this one. Recently a car struck and killed a large gray wolf in Portage, Wisconsin. I don’t know all of the information yet but as you can see from the photos, the Police were on the scene to check it out.  Be sure to Follow Us on Twitter and Like on Facebook to get the latest Outdoor News. 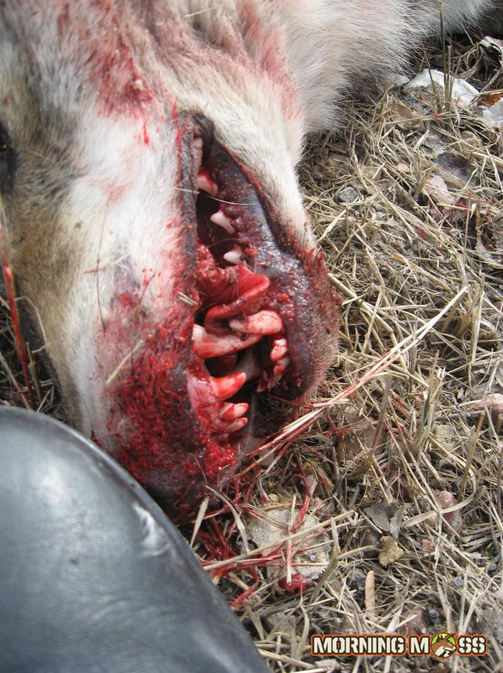 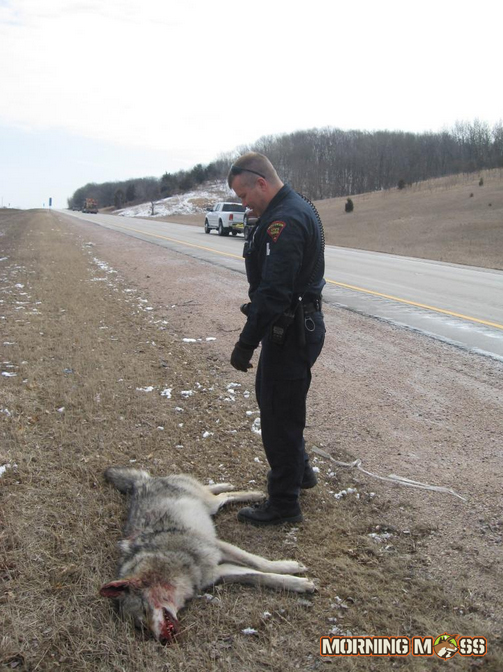 A Police officer in Portage, Wisconsin checks out the dead wolf that was hit by a car in the Southern Wisconsin town.

Gray Wolves have been seen in Wisconsin and in other states moving South, but it’s still not a very common situation. Many hunters are not fans of the growing wolf population since it can wreak havoc on the deer population like many Western states have had happen to their elk herds.

We’ll update this as soon as we find out more information. If you know anything about this, please feel free to let us know by emailing PJ@MorningMoss.com. If you have any crazy photos to submit to us please do so by checking out our Photo Submission Page.