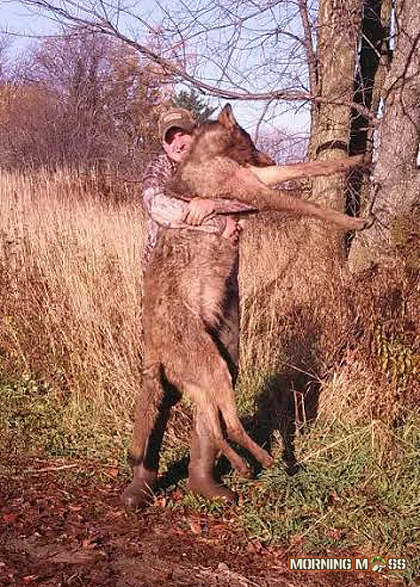 Kevin Hamill shot this wolf in Wisconsin during the 2014 wolf hunt.

The Wisconsin wolf season has been officially closed, but not before 98 wolves in the state were harvested under the DNR quota. We received this user submission of a big colorful Wisconsin wolf that was shot by Kevin Hamill of Marshfield. The wolf looks to be pretty impressive in size, at least six feet in length. Wisconsin recently opened their wolf season a few years ago and hunters and trappers have been able to harvest low quota numbers that are set by biologists in the Department of Natural Resources.

Check out more trophy shots like this one and follow up on the latest big buck pictures and news.

If you have a hunting or fishing photo and would like to be featured on MorningMoss, please send it to PJ@morningmoss.com

Test Your Hunting & Fishing Knowledge with this Quiz!