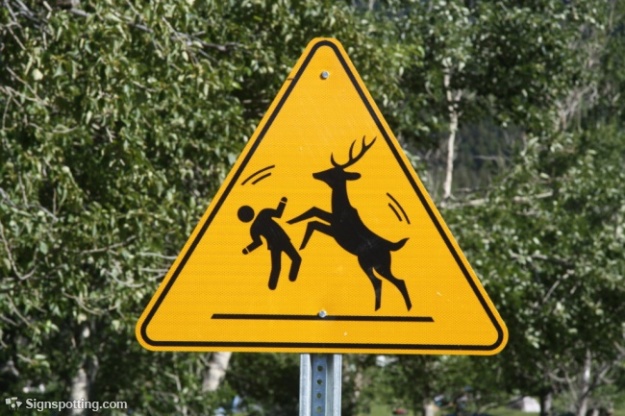 A Wisconsin man was attacked by a deer after he shot and wounded it with his crossbow.

Most of the time, when a hunter puts an arrow in a deer, the hunter got the better of the deer. However this time, the deer wasn’t going down without a fight.

The man was hunting earlier that day and wounded a doe with a bolt from his crossbow. He went out later to track the deer and was walking through some thick brush when all of a sudden the deer leaped out and went after him. The doe hit the man in the head with her leg and injured him.

According to Fond du Lac County Sheriff Officer Jeff Bonack, the man was hunting with some family members earlier in the day. Bonack said that he “is guessing the deer got away.”

Have you ever been attacked by a wild animal? Much less a deer?