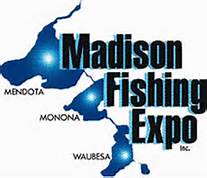 Slinger, WI –  The Wisconsin Fishing Expo (WFE), already the largest fishing expo in Wisconsin, and arguably the Midwest, drawing  over 20,000 attendees per year, saw a 12.5-percent increase in paid-attendance for 2017.  Held at the at the Alliant Energy Center Convention Hall in Madison, WI, with over 110,000 square feet of exhibit space, the 2017 WFE boasted a combination of new attractions, focused advertising, and mostly-favorable weather which helped to contribute to the WFE’s continued success.Dan Durbin and Jeff Bast, co-owners of Bast Durbin Advertising, the marketing firm which owns and produces the WFE, said that they were thrilled with attendance figures and the positive feedback they received from vendors and consumers, alike.

“Bast Durbin Advertising, itself, is solely focused on the outdoor industry, and as the parent company of the Expo, our relationships and understanding of the fishing industry play a huge factor in the Expo’s growth – we know how to promote things,” Durbin said. “Through complimentary campaigns in print, radio, television, outdoor, and of course, social media, we really have found a great mix that helps attract consumers.”

New attractions at the WFE helped bring in people, too; from the new second floor venue featuring a wildlife art and gift display, to an ice carving contest sponsored by Carrot Stix rods, to live entertainment from local musician, Pat McCurdy, the show offered a wide variety of unique exhibits and entertainment that caught the attention of anglers from miles around, as hoped.

“The new second floor art gallery was a real hit with attendees, but its biggest benefit was serving to help raise funds for fishing-related conservation projects in Wisconsin,” Bast said.  “That was our primary purpose in establishing the gallery at the WFE. The artists themselves agreed to donate 20-percent of their gross profits to the fundraising effort, as well.”
Exhibitors RAVED about sales at the WFE, including some of the top manufacturers and independent tackle shops:

“This show has gotten bigger and more diverse every year. It’s fun to be able to interact with

such a great crowd.”

“The Wisconsin Fishing Expo was a huge success for St. Croix. Our booth was swamped most of

the show, sales through our retail partners exceeded our goals. Kudos to the Team at WFE for

drawing the crowds and making it one of the best shows on our circuit. 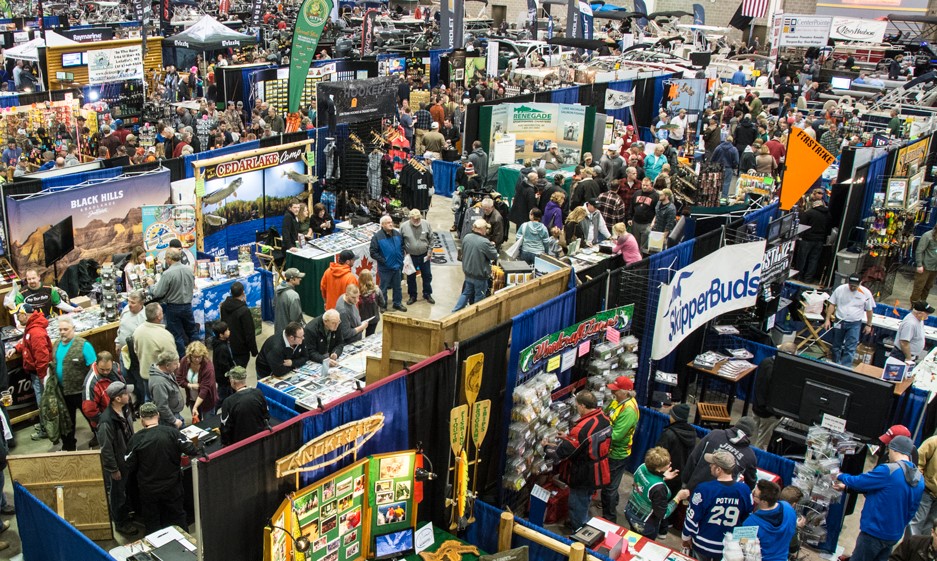 booths and manufacturers in the fishing industry, but the overall theme was so unique and

entertaining to all who were there. We ‘re looking forward to being there next year!”

For many consumer-based shows, it is a struggle to attract national manufacturers to exhibit because of crowded event schedules, including distributor shows and in-store promotions.  However, the WFE has worked hard to make sure that the manufacturers who attend the WFE work in coordination with the independent dealers in attendance to develop great show promotions to help move product for both parties.  A few of the factory booths in attendance at the 2017 WFE included: St. Croix, Fenwick, Garmin, Carrot Stix, Gamakatsu, Okuma, Ray Marine, Grizzly Coolers, Berkley, and many, many more.

Consumers and vendors, alike, complimented the variety and quality of vendors, seminars, and exhibits at the WFE.

“Finding the perfect balance of quality exhibitors, speakers, and events is important for a successful show,” said Kristen Monroe, WFE Booth Manager. “Most of our vendors return year after year, so we can be selective when vetting new ones, which makes my job easy and fun.  We never dilute the WFE experience by allowing suspect vendors that sell items that don’t pertain to our target fishing demographic. That’s why the WFE is growing when many other consumer-based shows are shutting their doors. Attendees know they’re only going to find great fishing-related products and services at the WFE and that attracts huge numbers of targeted consumers for our exhibitors.  It’s a win-win situation. ”

As testament to the success of exhibtors at the 2017 WFE, nearly 60-percent of existing vendors submitted 2018 contracts at the event, locking in their space for the 2018 Expo.  After April 27th, what remaining space exists will be sold on a first-come, first-served, basis.  The WFE is again expected to sell out quickly for 2018.  Due to increased demand and the growing wait list, Bast Durbin Advertising is exploring opportunities to expand booth space into other areas of the current venue.