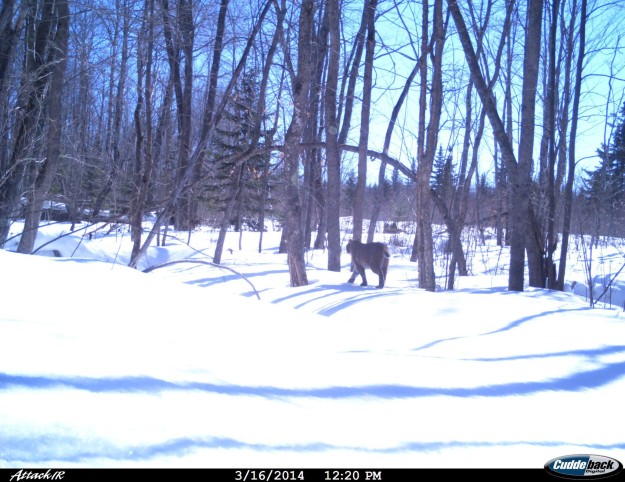 This bobcat photo was taken in Northern Wisconsin in March. While rare, bobcats are around in Wisconsin

Every once in a while you get trail camera photos that you weren’t expecting. While bobcats are certainly around in Wisconsin, they are not seen very often by too many hunters, but this one got his picture taken in March. The photo was sent in by a hunter who checked his camera last weekend after a long Wisconsin winter. As you can see, the Northern, predominantly woods area of Wisconsin had plenty of snow in mid-March.