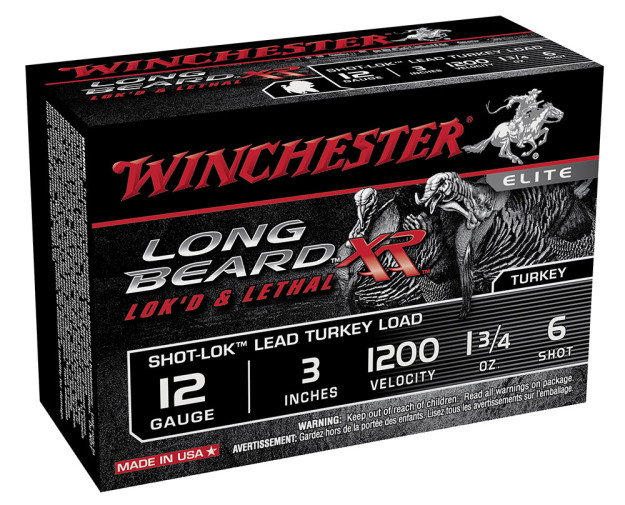 Winchester Long Beard HR is sure to be the biggest hit for turkey hunters this spring.

Winchester Long Beard XR is going to be a turkey’s worst nightmare this spring, seriously. The newest turkey shells from Winchester allow hunters to kill game, specifically turkeys at very long ranges. Hunters do not have to choose between affordable lead shells and the high price of premium tungsten with these loads, and they still get great performance. The shells pattern exceptionally well, feature a lead shot coated with copper and are only slightly more expensive than a standard lead shell. You can buy Long Beard for $18.99 at Cabelas.com.

Premium turkey shells have gotten to the point where a tungsten shot can cost up to $5 per shell. While turkey hunters don’t shoot more than a few times per year, those prices are outrageous. Winchester Long Beard HR gives you the exceptional performance of the high price shell, at a gray value.

The secret to the shell being able to reach out at 50+ yards is in what is called the “grex”. The Grex is the plastic ground buffer that is in the shell that protects the pellets from deforming when the shell ignites and propels the shot out of the gun. The Long Beard shells use a better buffer than other shells and each shell features Winchester’s “Shot Lok”. Shot Lok is an epoxy that is inside the shell and encases the pellets so when they are shot out of the gun, they stick together longer and don’t expand as quickly. This makes the pattern tighter, longer, so you can shoot further.

When the shot is fired, the epoxy disintegrates almost so that the pellets go further, but the epoxy protects the shells better than a normal buffer.

Tests have been run all over on the new Winchester Long Beard HR and it does perform well. In a Remmington 870 the shot patterns at 50 yards that will easily kill a turkey. The patterns were better than regular lead and were penetrating very far so you know the speed is sticking with the shells. One of the problems that people would think is that the patterns would be too tight at 20 yards, but it’s not much tighter than the already tight pattern. 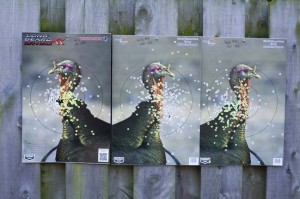 Winchester Long Beard HR is available in 3 and 3 1/2 inch 12-gauge loads of Nos. 4, 5, and 6 shot. This is undoubtedly going to be a huge hit this spring and hunters are sure to love the extra confidence that this shot can bring to hitting turkeys at 50 yards out. Currently the shells don’t come in 20 gauge but you can bet that next year they will.

The only downside of the shells is that you get less pellets per shot since the epoxy takes up some more space. This can easily be combatted though by just a little practice and a good shot.