Why Are You Hunting? 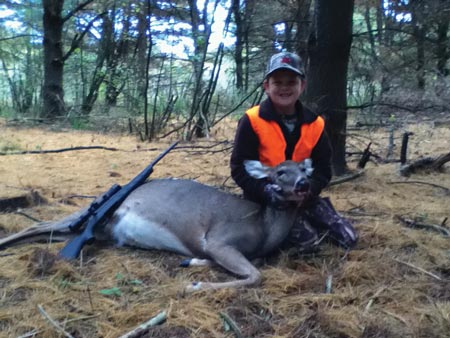 I was on a plane a few months ago seated next to a man named Steve Luebke.  Those of you that know me would probably say that I’d talk your ear off if you gave me a chance. Truth is I probably would, but so would most other Wisconsinites. We are a friendly lot so that’s just what we do. But I’m normally pretty reserved on a plane, as I like to get some uninterrupted work done.

That morning was different.  When I wear a suit I always wear a U.S. Army Retired lapel pin.  I do this primarily to identify myself to other vets since the military is a close-knit family and it doesn’t matter if we’ve known each other for 30 years or 30 seconds – we have each other’s backs.

The first thing Steve said was, “I see you’re wearing an Army pin.  I’m also a retired soldier.”  And that’s all it took for us to engage in conversation the entire flight. We talked about everything from our duty stations and deployments to our families and the people we served with.  Eventually, the conversation got around to something far more important than national security – like hunting and fishing.  One of the last things my new buddy of 52 minutes said was, “I can’t wait for deer gun this season.  It’s such an awesome time to get together with friends and family.  It’s the only reason I hunt anymore.”

When we parted ways, I started thinking about the upcoming deer gun season and why I was going this year – or why I go any year.  It’s a simple question but the answer isn’t as simple because, for me, it has changed dramatically over the years.

After many sleepless nights anticipating the hunt, opening morning finally came and the conditions could not have been better.  The night before we were blessed with a fresh blanket of snow and the temperature hovered around 30 degrees.  My dad walked me to a ridge we had hunted during bow season and helped me up a big oak tree to a lock-on stand we hung the day before.  Being the safety conscience father he is, he tied me to the tree with a small rope since we didn’t have safety harnesses back then.

As luck would have it, shortly after legal shooting light, a fat doe appeared a mere 20 yards in front of me.  Back then we had what was called a party permit, which allowed a party of four hunters to shoot one doe.  Since the other three members of our party were adults, they decided I would get the opportunity to shoot the doe.  As she approached, I took careful aim with the smoothbore 16 gauge Remington shotgun and pulled the trigger.  After a short 40 yard dash she piled up and I had my first ever white-tailed deer harvest. 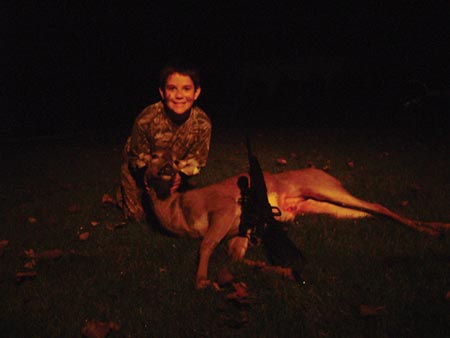 For many years after that I hunted the gun opener primarily to kill a deer.  That may elicit a, “really…why else would you go deer hunting unless your goal was to kill a deer” response.   I get that.  But my reasons for hunting the deer gun season have evolved over the years and if you’re getting a little long in the tooth like me, I’ll bet your reasons have evolved too.

Fast forward 38 years to the gun opener in 2012.  I was just as excited as I was in 1974, only now my primary goal and the “why” for hunting was to help my youngest daughter, Mary, harvest her first deer. We didn’t know it at the time, of course, but that year there were 634,821 hunters who harvested 274,047 deer.  Mary had a 43 percent chance of being one of the lucky ones.

And she was.  At approximately 8:00 on opening morning, Mary bagged her first “trophy” deer.  It was a young knobby buck, but it might as well have been a 170 inch Boone and Crockett behemoth.  I was probably more excited then than I was the day I killed my first deer in 1974.

If your only goal is to kill a deer, then, based on the past 5 gun seasons, you have approximately a 40.4 percent chance of achieving your goal. You can up your odds though if you make sure your hunting buddies are over-served the night before, to ensure they either oversleep or are out cold on stand when the deer walk by. 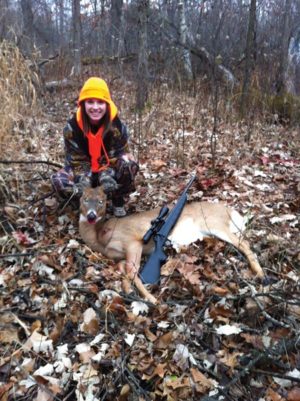 A hunt she will never forget

Speaking of odds, they’re pretty good if you’re reading this issue of Badger Sportsman, you are either on the way to deer camp, at deer camp or at least thinking about going to deer camp.

You’ve listened to “Da Turdy Point Buck” song about 4 million times, and you’ve driven by countless articles of orange clothing hanging on clotheslines in every yard in every little Wisconsin town.  You’ve seen the “Welcome Hunters” banners on every business and you’ve seen the “Deer Hunter’s Widow” sales advertised in every paper and in every storefront.  The deer gun season is about to begin, and you are probably pretty amped up about it.

At Badger Sportsman, we first want to wish you and your loved ones a safe hunt.  Second, we urge you to ask yourself why you are going deer hunting this year. What is your primary goal or goals?

To kill your first deer.

To help a kid kill a first deer.

To escape your hectic life for a few days by enjoying some down time in nature.

To get away from your wife, or husband, for a few days.

To experience the camaraderie that can only be found in deer camp.

To drink lots of beer.

To take your buddies’ money during a poker game.

My brother Joe and I recently talked about our goal for the 2015 season.  Our plan is to get the kids safely setup in their stands.  Next, we plan to go back to our hunting shack, sit on the deck with a hot cup of coffee and wait for the sound of a shot from one of our young hunters.  We are participating in the deer gun season to put a smile on each of their faces.  Our secondary goal is to enjoy some hot coffee and a few cold ones while enjoying the beauty of the November woods.  While some of you have a 40.4 percent chance of success, we can pretty much guarantee that we have a 100 percent chance of reaching our goal.

We hope you do, too.