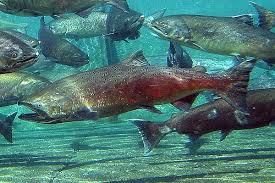 The state of Washington is looking like it will have a record salmon fishing season this summer.

Washington and Northwestern salmon fisherman will be ecstatic this summer as the salmon fishing season begins soon. Wildlife officials from the state of Washington have predicted that this year will be a big year for chinook and coho salmon and could be one of the best in several decades.

Record Numbers of Salmon in Washington this Year 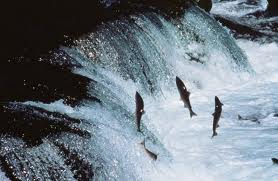 Troll fisheries in Ilwaco opened over two weeks ago for chinook and some of these boats were bringing in 400 or more chinook salmon with an average dressed weight of 12 to 15 pounds.

State fish and wildlife officials seem to think that the salmon population is thriving and that this season could see up to two times as many chinook as last year.

“We’ve got close to twice the chinook abundance as last year, and that’s going to make a big difference,” Doug Milward, the state Fish and Wildlife coastal salmon resource manager, told the Seattle Times. “It will absolutely be one of the most significant seen in years, and there will be no better place to be than the coast.”

Quotas for both chinook and coho salmon are up this year compared to last year. The numbers are 184,800 chinook and 59,100 coho.

We hope to see some great photos from our friends in the Northwest so be sure to submit your fishing photos to MorningMoss.