Deer are very fascinating animals. They have adapted to their environment in many ways, but what makes them so unique is that they can be active during two different periods of the day: diurnal and nocturnal. There are many reasons for this unusual behavior-some more obvious than others! Read on to learn about all these interesting deer facts and why deer become more active in the dark. 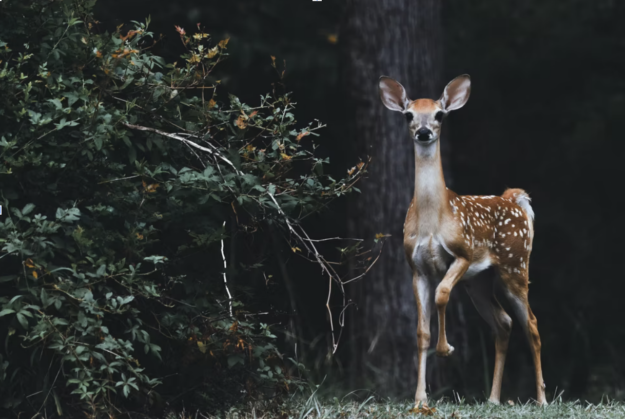 Reasons Why Deers Prefer the Dark

Deer are known for being nightly creatures, but why is that? There are a few reasons. One of the main reasons deer are there is because they have an instinct to avoid predators during the day. Another reason deer is because they need to stay cool and find water at night when it’s cooler outside than during the day.

Deer also prefer to become more active at night to stay safe from hunters. Hunters are more likely to hunt deer during the daytime when they can safely hunt them, so deer tend to hide in the woods and avoid hunting pressure as much as possible during the day. At night, they are less likely to be seen by hunters and are therefore safer.

Deer have a lot of predators they need to avoid. In the woods, they’re more vulnerable during the day when their primary predators-big cats and bears-are more active. Deers developed nocturnal tendencies to avoid these predators. At night time, it’s easier to hide so it’s safer for them at that point in time.

In many parts of the country, it’s much hotter during the day than at night. This is especially true in the summertime when temperatures can soar into the 90s and even 100s! Deer have a hard time staying cool in these conditions, so they often become more active at night when it’s cooler outside. The same goes for when deer are in search of water. They will often be more active at night when they can find water that is shaded by the trees.

Deer are animals that have to conserve their energy. They don’t need as much food or water during the night, so it’s more beneficial for them to be active at that time. During the day, they have to spend more energy looking for food and avoiding predators, so it’s more advantageous for them to rest and save their energy at night. They can move slowly and be more stealthy at night, which makes them less likely to get caught by predators.

Deer are fascinating creatures that have learned how to adapt and survive in many ways. They have a natural tendency to be more active at night. This coupled with the fact that they have many predators they need to avoid during the daytime, makes them more likely to be nocturnal. Experienced wildlife experts are of the opinion that perhaps, deers are more active in the dark in regions prone to hunting pressure and might be diurnal in regions where hunting pressure is less. There are several factors that influence the activity pattern of deer, but most experts agree that these animals prefer to be active at night for safety and energy conservation reasons!