What to Do When Your Turkey Hunting Plan Blows Up 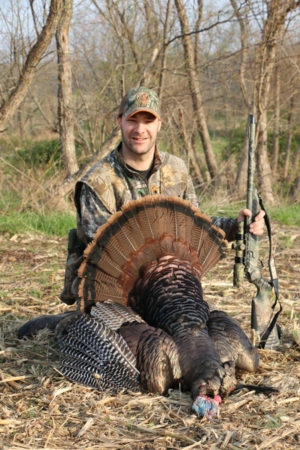 Having a plan always results in better turkey hunting. And sometimes, gobblers follow that plan. Other days, however, they toss the playbook aside and leave you scratching your head.

But the game shouldn’t end there. When a longbeard throws you a curve, switch tactics to keep your hunt alive. Let’s examine several common broken-plan scenarios and look at how you can adapt.

Instead of chasing gobbles or slipping under roost trees, many hunters prefer to set up at likely spots or places they’ve observed birds — food plots, ag fields, acorn-strewn flats or shady loafing areas — and wait for turkeys to come to them. It’s a solid strategy — until your gobbler doesn’t show up. That prompts a question: Do I wait longer or pursue another bird?

The answer depends on turkey activity and the quality of your scouting information. If you’ve seen nothing at your hotspot but a bird is gobbling his wattles off 150 yards away, the answer is obvious: Go to him. Conversely, if you’ve seen a longbeard and hens cross through a pasture gate several consecutive days, you’re probably better off to sit there patiently. Solutions are rarely that obvious, though.

Typically, I try to resolve the dilemma by provoking a gobble. That doesn’t mean I hammer an area with incessant yelping or locator calling. Instead, I run through several calling series with various calls, gradually building the intensity or trying to portray different scenarios. If one call or series generates a reply, I gauge the situation. Did the turkey cut me off? If so, I might fire him up. Was he relatively close? He might be coming, or I can at least work him from that setup. Was he distant, or was his response tepid? Then it’s probably best to course his location and make a move.

Whatever you do, make a decision. Hesitation and uncertainty never serve you well in the turkey woods. Resolve to stay put or strike out elsewhere, and then analyze the results.

Every turkey hunter has battled a bird that flew down, gobbled lustily and then seemingly drew a line in the sand and wouldn’t commit. It’s frustrating, but you have many options to save the hunt.

First, try to determine why the bird won’t approach. Hearing scratching or soft yelping near the gobbler provides an easy answer: hens. In that case, stop yelping at the tom and try to engage his ladies. If that doesn’t work, determine where they’re headed, and try to circle around them and cut them off.

Solo gobblers that won’t commit offer a tougher challenge. Often, we blame obstructions such as fences, creeks or thick cover. However, turkeys cross such obstacles every day, and a fired-up longbeard will duck under a fence or fly a creek. Still, changing setups is never a bad idea. Turkeys move throughout the day, so yelping as you move to or from setups seems natural. Calling frequently from one spot might seem unnatural. Sometimes, easing 50 yards to another tree, calling as you go, might prompt a gobbler to break. Walking away while calling and then slipping back toward the turkey can also work, provided you’re careful not to bump him.

I usually figure a gobbler stops advancing because of something I’m doing, so I’ll switch tactics. If I’ve been calling sparingly, I’ll ratchet up the intensity, trying to work the bird into a lather. If I’ve been calling a lot — usually the case — I’ll tone down my approach or stop calling. That might be the best approach to breaking a stubborn bird. By shutting up for a half-hour or longer, you can play on his social curiosity, prompting him to come closer for a look. Be careful, though, as he’ll often do so silently.

If nothing works, I let the situation play out and see what the gobbler does. Observing his reaction puts me closer to tagging him later. 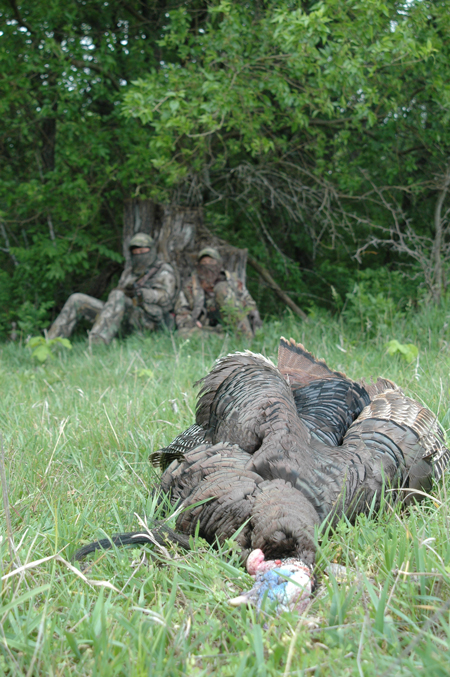 Some turkeys have a sense of humor, gobbling at your calling as they travel directly away from your setup. That’s maddening but not impossible. As with a stationary gobbler, try to determine if the tom has hens. If so, call to them. If that fails, figure out their travel route, plan an intercepting course and try to cut off the group.

If the gobbler seems to be alone, refer back to your scouting and guess where he might be going. Perhaps he’s headed toward a meadow or open ridge where he can strut or find hens. Beat him to the spot, and wait at least an hour for him. Maybe he’s just meandering. Back out, switch spots and try to strike him again. Remember, movement is natural, and perhaps you were calling from a spot where the turkey didn’t feel comfortable.

When a turkey walks away gobbling but then shuts up, be patient. It makes no sense to pursue a bird when you don’t know or can’t guess his whereabouts. Let the turkey do his thing, and try to strike him later. Or ease out, find another likely calling setup and start the game again.

If you fail, replay the hunt in your mind, and plot a new approach for the next day. Eventually, you might stumble onto his destination or travel route, or figure out what he likes to hear.

Now and then, especially later in the season, two or more gobblers might ignore your calling but sound off frequently as they join forces. If you’re between those birds, great. Let them do their thing, and hope they come closer. If not, switch gears.

Try gobbling or jake-yelping at them. A longbeard might not be interested in hens, but he won’t forget his place in the ever-dynamic turkey social structure. Gobbling or jake-yelping might prompt a gobbler to rush in, looking to kick the tail of a rival. Or, it could reassure a turkey that seems more interested in male company that his buddies are waiting for him. Remember, gobblers hear the vocalizations of male turkeys as often as those of hens, so this strategy seems natural. Of course, you must be prudent when gobbling or jake-yelping. Don’t try it on public land or heavily hunted private ground. Be certain no other hunters are close enough to mistake your calling for the real thing.

If switching up doesn’t work, try to keep the turkeys gobbling with turkey or locator calls, and determine their travel route or destination. You can always relocate and try them again.

You’ll often encounter large traditional roosts where turkeys spend the night but leave soon after flydown and don’t return until fly-up. Such spots are especially common in areas with lots of open fields. Setting up near these sites and trying to yelp birds in works sometimes, but turkeys are often in a hurry to find feeding or strutting areas away from the roost, leaving you behind. If you can’t find good ambush sites, you have two options.

First, plan a pre-dawn roost invasion. Slip into the area well before dawn — sometimes two or three hours before flydown — and wait. Try to get directly underneath turkeys in hopes that they fly down in range. This can be extremely difficult, especially during a bright moon, in wet or brushy spots, or when dealing with large groups of birds. Scout the area at midday to determine the easiest, stealthiest approach and setup. Use a rake to remove leaves and debris from your planned approach. Set up a blind to hide your movements the next morning. Turkeys won’t always hit the ground in front of your barrel, but you’ll likely see or hear where they go, which might provide the missing piece of the puzzle.

If a fly-down ambush isn’t viable, hunt the birds during the afternoon or evening. That doesn’t mean you should sit at the roost tree and kill a gobbler as he prepares to fly up, although that works. I prefer not to hunt them that way, as one gunshot or ill-timed move can blow up a roost for several days or even the season. Instead, sit at a likely approach route, and try to intercept birds as they meander back to roost. You can usually determine their travel path by glassing feeding turkeys during afternoons or listening for them right before flyup. Then, set up at a good spot, call sparingly and see what happens.

Why’d He Do That?

Turkeys don’t read hunting magazines or how-to advice. They’re turkeys, and unpredictability is in their nature. Sometimes, there’s no apparent reason for their playbook-busting behavior. Watch. Listen. Think. Consider the conditions and phase of the breeding season. Try something different. The only sure-fire way to not kill a gobbler that foils your best plans is to be stubborn and stick with an unsuccessful strategy.