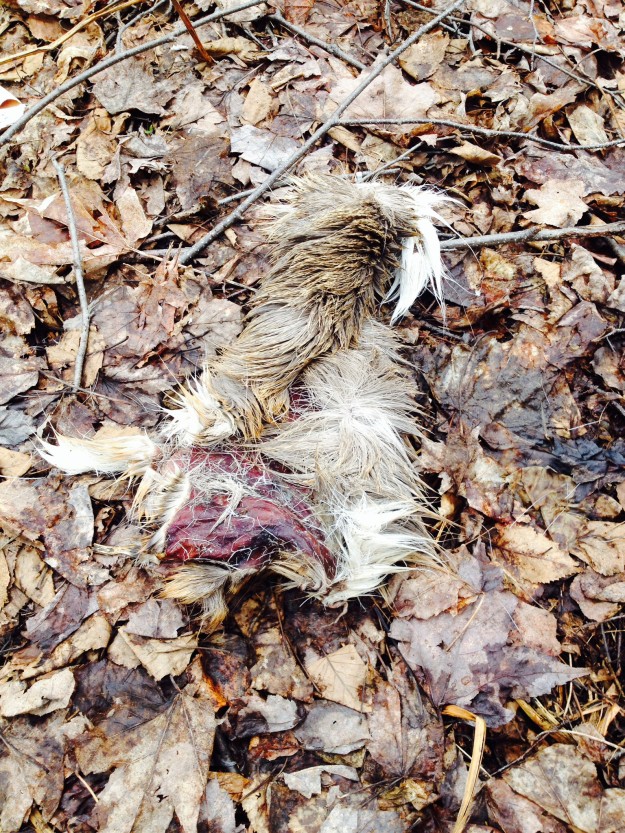 Dead deer were abundant in Northern Wisconsin after the harsh winter and the author found many while spring scouting.

Sheds, beds, and deads were the top things on my mind going into my spring scouting season. I knew the winter in Northern Wisconsin was a very tough one and I had a feeling that I would find more dead deer than normal. I also wanted to focus on finding core bedding areas of some of the deer i have been hunting. Sheds are always an added bonus and I love finding them but on this trip I was unsuccessful.
Between the four days I had available to scout, I was able to walk about 17-18 hours and I ended up gathering a lot of good information about the bucks I’ve been hunting. I found a total of 7 dead deer including a nice young 9 point that had some pretty good potential. You hate finding things like that but it’s the reality of hunting/mother nature. I was able to find a couple very good rubs as well, some older than last year, and this gave me a hint on where the big boys were coming and going. 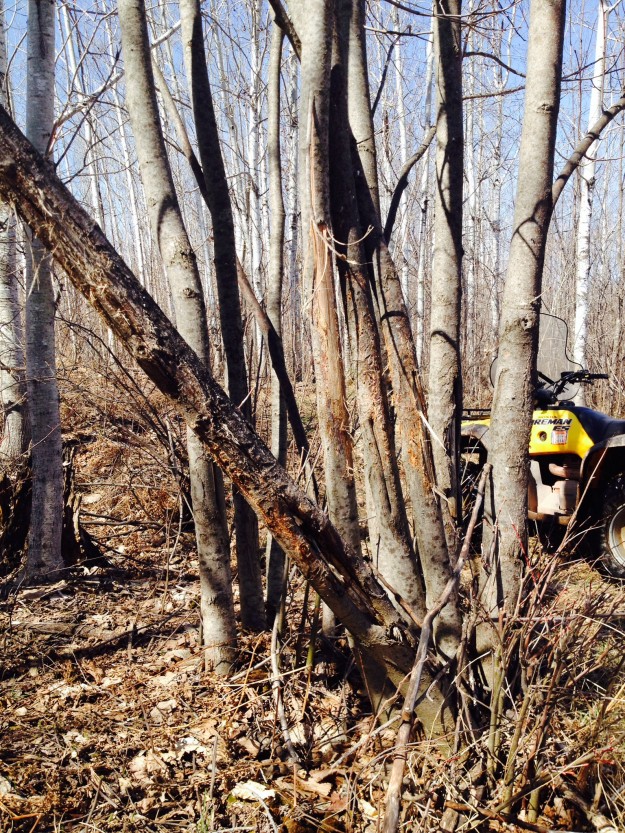 Big buck rubs are great to find and locate where deer travel routes are. 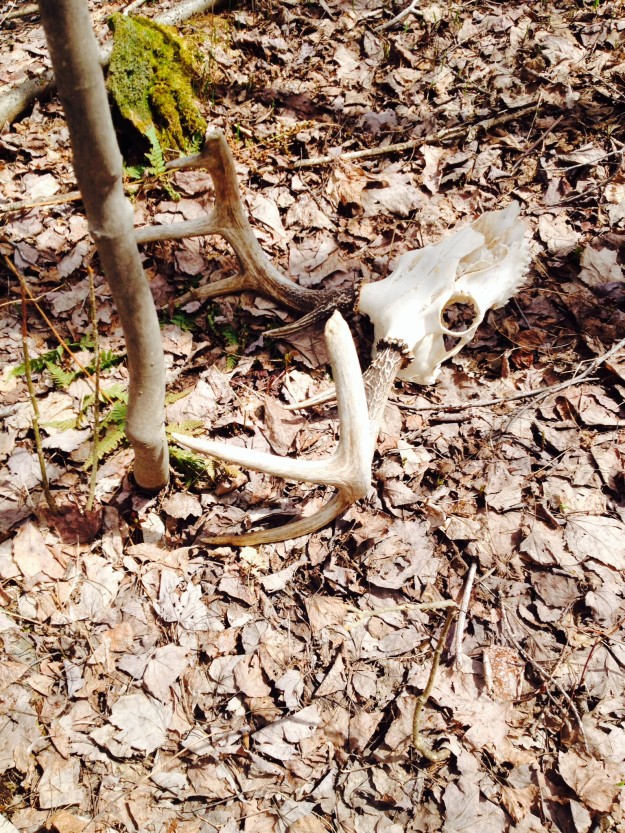 This young 9 point buck could have been a dandy but was killed during the harsh winter in Wisconsin. 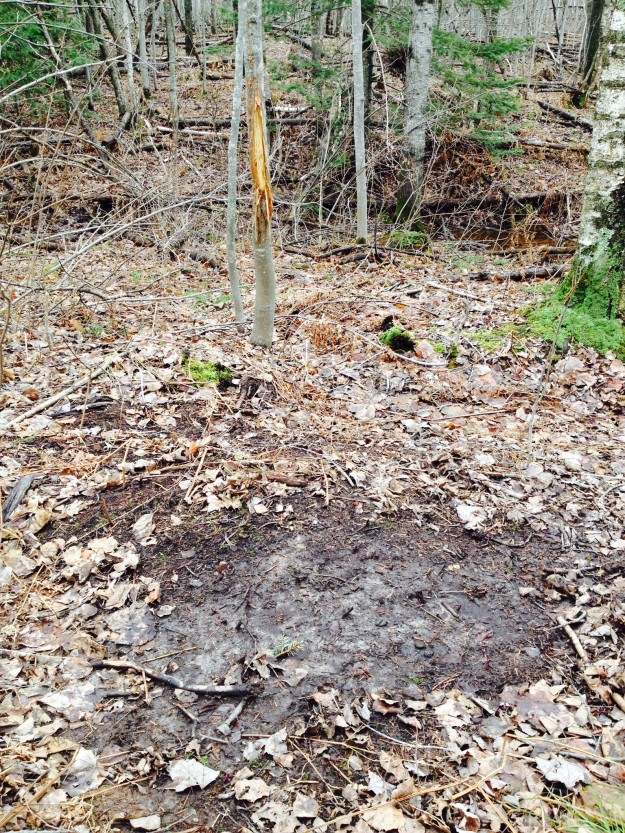 I found a stellar bedding area in a patch of woods that I overlooked year after year but finally decided to walk. Over the years I have found that often these overlooked areas are some of the best to find bedding and big buck travel routes. I found two areas that look like they have great potential and I can not wait to get trail cameras up around these areas come summer. I was able to find a really big set of tracks in one of these areas that was four fingers wide and that got me even more excited about the upcoming season.

I plan on going back up within the next month to place stands in these locations. I’ll elaborate more soon on using aerial maps to find bedding areas and big buck travel routes.

Have you found some good bedding spots or dead heads this year while scouting? Let us know by emailing us or submitting photos.