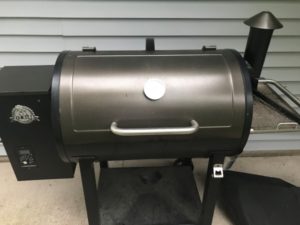 As intimidating getting into hunting or fishing can be for new sportsmen, it is also one of the most exciting parts about the outdoors. Any outdoorsman can tell you about the first deer they shot, their first Western hunt, or first big water fishing trip – and keeping that excitement alive with new experiences is one of the greatest aspects of enjoying the outdoors.

New experiences after the hunt can be as rewarding as new experiences during the hunt. One of the best ways to share those experiences with others is by cooking the meat you’ve procured during your adventures. Wild game is plentiful and tasty, but it’s often cooked in the same mundane and boring ways.

It’s also clear that wild game, fish and healthy plants are more popular than ever. Eating clean, popular meat diets and getting local food has made hunting and fishing more relatable to those with no interest in antlers.

Finding new ways to cook these animals has also improved immensely over the last few years, in large part due to cooking devices that make it fool-proof to easily cook or smoke wild game. Recent technology improvements in grills – specifically pellet grills – has made it easier than ever before to cook up tasty barbecue right in the comfort of your home.

Any wild game and fish is able to be grilled, but achieving the right temperature on meats that shouldn’t be overcooked has always been challenging on a traditional charcoal or gas grill. Pellet grills help alleviate the guess work involved in setting the temperature by working just like an oven would where you can determine the temperature you want with a switch. A meat thermometer placed inside of your meat will tell you the exact temperature the of the food, and your pellets will help determine the type of smoke or flavor you’ll have depending on the meats you’ve selected.

In Wisconsin, we’re lucky to have a variety of wild game readily available. The most common types are waterfowl, upland birds, deer, turkey and fish. Many of us grew up eating the classics – duck or venison in a can of cream of mushroom soup in the slow cooker, venison steaks fried in butter, or maybe a roast in the crock pot. You get the idea. But broadening the options for your taste buds will open you up to an entire new world of cooking and eating.

My personal favorite meat to cook on a pellet grill is smoked duck. Many people’s experience with wild duck is that it’s tough or “gamey,” but smoking a whole mallard in the fall is the best way to eat them, and it’s easy to do.

To smoke a duck, simply brine the bird overnight – or for about 12 hours. I like to use apple cider vinegar, but any brine recipe will do. After removing the duck from the brine, you can put a dry rub on it or stick it directly on the pellet grill. I like to use low heat or smoke, say 200 degrees, and let it sit until it gets crispy. I prefer to eat meats a bit more rare – even birds – but you can cook it until your duck reaches the temperature you prefer. After putting the duck in the smoker, the only thing you need to do is turn it on and then remove the bird later. It’s that simple.

There different methods of cooking on a pellet grill and only a few things you’ll need to get started. Obviously the grill is the most important. The brand really doesn’t matter, but Traeger, Cabela’s and Pit Boss make some fantastic grills.

You’ll also need pellets, which stoke the heat and include flavoring. Different flavors of smoke are good for different game meat. I like hickory and Cajun flavors, but apple is fantastic for pork and salmon.

Champion flavor works well for almost everything. In addition to your normal grilling tools, you’ll want a meat thermometer if the grill doesn’t come with one attached, as well as a small plastic bucket that can fit in your refrigerator for brining meat overnight.

The most popular methods of cooking on a pellet grill – or with wild meat in general – are the following: barbecuing, grilling, smoking, roasting, baking and braising. You can easily perform all of these on a pellet grill. Here’s a few tips to follow with any wild meat that will increase your success of a tasty meal.

Hunting and fishing should be enjoyed and celebrated long after you leave the woods and water. Finding new and unique ways to cook your game is a great way to do just that.

While there is more than one way to cook the meat you’ve harvested, I’ve found that using a pellet grill is an easy, highly successful and controlled way to cook game meat. The outdoors has a lot to offer in the way of hunting and culinary adventures, and new tools like these pellet grills will help you to expand your palette.