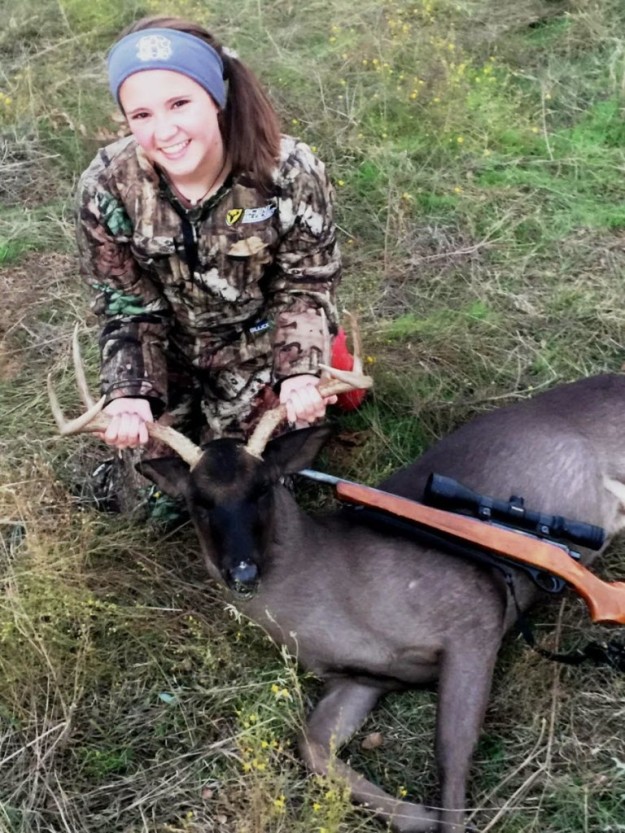 Brook Bateman shot this black whitetail buck in Texas during the 2015 hunting season.

A hunt that started off like any other ended up being a once in a lifetime experience for Brooke Bateman, 14, of Dallas, Texas. Brooke was not only able to shoot and kill her first buck, but she was able to do it on one of the rarest whitetails there are, a black one.

Brooke and her father Mike were hunting in Texas when around 4:30 pm a melanistic buck, or black whitetail, walked in to where they were sitting. The two were not sure what the black buck was at first, so Mike called his hunting buddy who shares the lease with them to see what it was. The lease has an 8 point or above rule for bucks, but the men agreed that the rare deer was ok to take.

Brook calmed down when she decided to shoot and pulled the trigger. The deer dropped right there and she had her first buck.

Black whitetail deer are incredibly rare. In Texas this season it is likely that 600,000 deer will be taken and this buck will probably be the only black one. Black whitetail deer have an overabundance of melanin in their system and have only been documented in 29 states. Texas has had the most of these animals.

This is a crazy trophy and one that we’re pretty sure that Brook won’t have on the wall again.