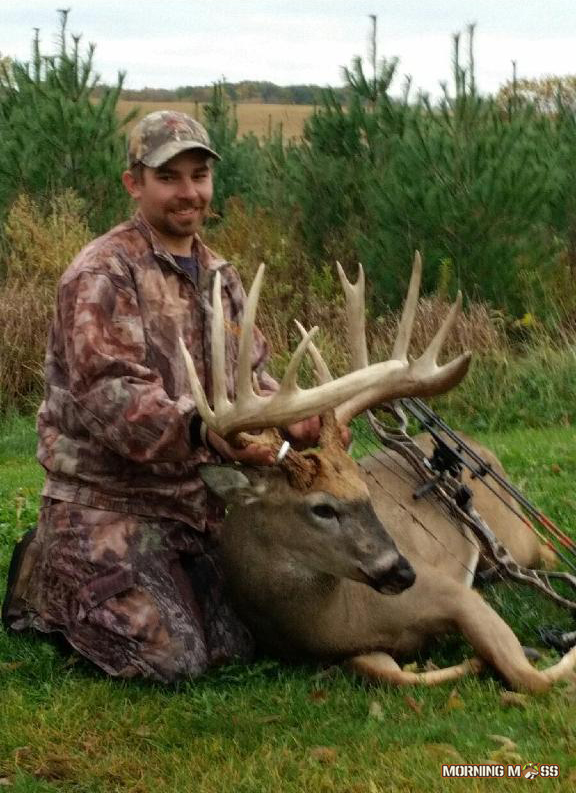 Some hunters, just like some athletes have that “it” factor, Adam Hupf is one of those hunters. Most guys (and girls) dream of killing a 200 inch monster buck, but very few do it. Adam has managed the impossible, to take two bucks of this caliber in less than five years. Not only has he put some massive deer down, but he now has shot what could be the next Wisconsin State Typical Archery Record. Last week, Adam arrowed a buck that he’s been hunting for quite some time and it has the potential to be a new Wisconsin State Archery Record Buck. 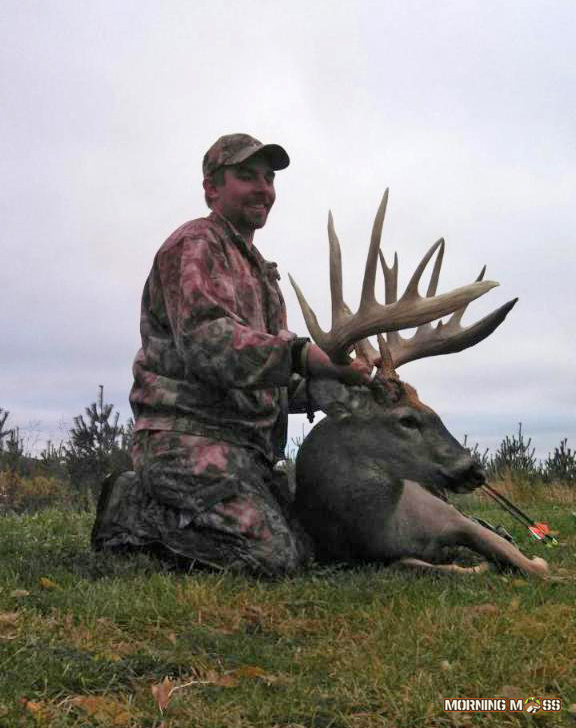 Adam is a hell of a hunter and has had great success killing big deer. Adam credits his success to checking trail cameras rail and hunting as hard as he can for the deer that he’s after. He was able to outwit this buck with a bow, during the dreaded “October Lull” similar to the last buck he shot that was a giant non-typical that scored over 200 inches as well. 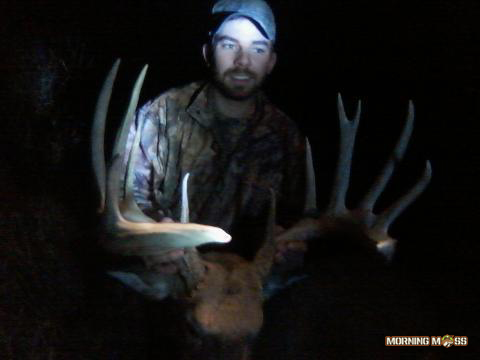 This giant Wisconsin typical buck scored 202 inches gross and has the potential to be a state record.

The buck was shot 100% legally and is definitely a possibility to take over the record books as the new Wisconsin State Record Typical Archery Buck. The current record for an archery typical buck in Wisconsin is held by William “Dusty” Gerrits of Waupun, WI who shot a buck that scored 189 3/8 inches. Adam’s buck, which was green scored at 202 inches net, could be very close once it is scored after the drying period. Of course there will be deductions, but the deer has the potential.

Adam is just a normal guy who loves to bow hunt and happens to be DAMN good at it. Congratulations to Adam and hopefully we’ll see his name again soon!

Check out more Record Book Bucks and the best days to hunt the rut so you can put a monster buck down!