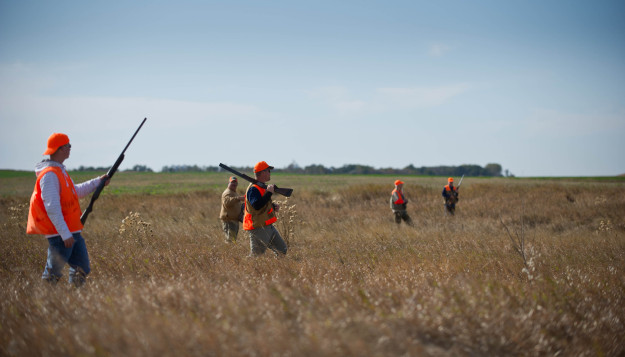 While most of the hardcore pheasant seasons are over across the U.S. it’s just starting up for dog trainers and hunters and those who enjoy hunting pheasant game farms in the winter time and late season bird hunts. Pheasant hunting is a one-size-fits-all endeavor. It’s low-tech enough that you can do it by yourself. But it’s just as fun with a group of buddies and dogs. It can be done competitively, or just to put a delicious meal on the table.

Pheasant hunting is also a shooting sport, which means that plenty of preparation goes into it. A pheasant hunter needs to know that his gun is working and how it will perform when he mounts it and pulls the trigger. And above all, he needs to know the very same things about him or herself.

Shotgun sizes are purely a matter of preference. The larger, more powerful 12-gauge has become the most popular among pheasant hunters, but 20-gauge shotguns are more than enough if you can shoot well. A handful of hunters even go down to a .410.

Choosing a load means balancing the way you shoot with the places you’ll be hunting. Shells vary in length, with the longer shells containing more powder and shot, and thus more killing power downrange. Many hunters opt for the big 3 ½-inch shells, but those fast-flying pellets can also damage a bird more.

Shot size matters, too. A bigger pellet like a No. 4 will hit harder than a smaller No. 6, but fewer No. 4 pellets will fit into a shell casing. 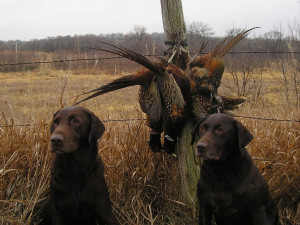 Another important factor is choosing what type of choke to use in your shotgun. Each gun, choke and load performs differently, creating endless combinations that make it important to know what works best for you.

A full choke delivers a tight pattern of pellets that stay closer together downrange, which packs more punch on game but is less forgiving of inaccurate shooting. Conversely, a more open choke like an improved cylinder produces a wider pattern that may hit more birds, but might not deliver enough pellets for a clean kill at longer ranges. A modified choke attempts to split the difference.

Most hunters choose to use a modified choke, but you’ll learn what the best choke for your shooting style is after practicing on hunts.

The key to preparing for pheasant hunting is to shoot moving targets, and that can be accomplished by shooting skeet, trap or sporting clays. Skeet shooting is quick and sometimes the shooter has to hit two targets flying in different directions. Trap shooters shoot at targets flying at different angles, but they know where the target is coming from.

And while both those help develop shooting skills, sporting clays are probably the best way to simulate live hunting conditions.

The sporting clays shooter moves to different stations where the targets fly at various angles, speeds and directions. The shooter generally knows whether the target will appear from the left or the right, but little else.

Use these tips this winter at the game farm or your local sporting clay area so that you’re ready when you see that bird fly. These tips can be applied to both upland birds and waterfowl. Pheasant hunting tips are useful for all of your shooting skills so keep practicing!

Learn more hunting tips by following us on Twitter and Facebook. We want to hear your stories from the field, so submit your stories and photos to PJ@MorningMoss.com