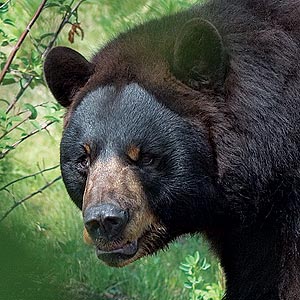 An Orlando, Florida woman was mauled by a black bear in her own backyard last weekend. The bear was eating out of the garbage from the garage.

An Orlando, Florida woman was mauled by a black bear last Saturday evening when she went to check on her children after seeing bears in her own backyard. The woman’s children went on a bike ride to their neighbors when soon after their departure, she saw two black bears run out of the woods in the back yard. She walked to the front of the house to see where her kids are when she was attacked in her driveway.

Terri Frana was able to escape the bear after she played dead and it mauled her body. She was being dragged by the bear when she got away and was able to run into the house where she collapsed. Frana’s oldest son found her and called 911. She received 30 staples and 10 stitches in her head. Frana’s husband recounted the attack.

“The bear actually had my wife’s head in its mouth and started to drag her towards the woods,” Frank Frana said.

The area around their Orlando home is a popular place for black bears who apparently have become accustomed to humans. Wildlife officials shot and killed a bear soon after that displayed aggressive behavior and had no fear of humans. The officials captured and later euthanized an additional 5 bears this week that were not afraid of humans at all. This was even after the officials yelled and screamed at the bears. 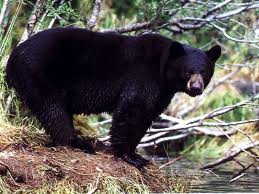 While very uncommon, black bear attacks do happen and it is mostly due to humans feeding bears.

The wildlife officials were unable to confirm if any of the euthanized bears were the ones that attached Frana. Wild animals that grow dependent on humans for food will cease to be afraid of them and can become dangerous. Just another lesson on why we shouldn’t feed the wild animals.

What do you think should have been done to the bears? Let us know and submit your bear attack stories to us.