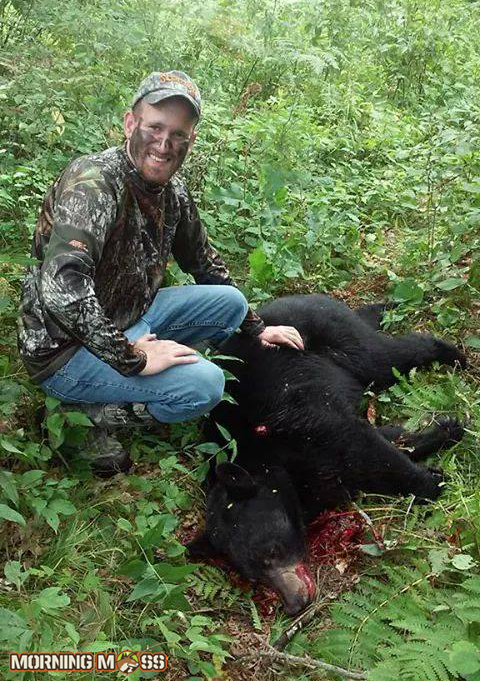 Zac Dombrowski had been waiting a long time for this and when he got his chance, he didn’t waste it. Zac shot this 200 pound sow in Northern Wisconsin North of Rice Lake on Opening Day of bear season. The bear wandered in on September 3 to Zac’s bait pile that he’d been baiting with donuts and other sugary treats. Zac’s arrow flew and the rest is history. Click through for more story and pictures. 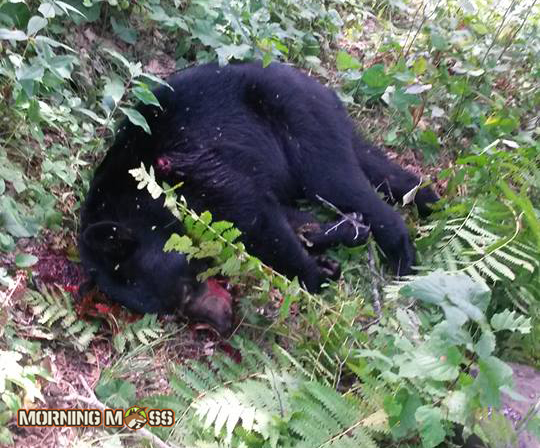 The bear came in to 30 yards before Zac shot it with his 1.5 inch Rage broadheads. The bear didn’t make it another 20 yards before it tipped over. Great Job Zac and congrats on a great Wisconsin Black Bear Kill.

Each year the state of Wisconsin opens bear hunting season in the beginning of September. It rotates between dogs and baiting on which type of hunting is allowed the first week. This year was baiting. It can take up to 7 years for Wisconsin residents to earn a black bear tag with the current point system.

Learn more about bear hunting and see some other fantastic trophy kills in our user submission section.