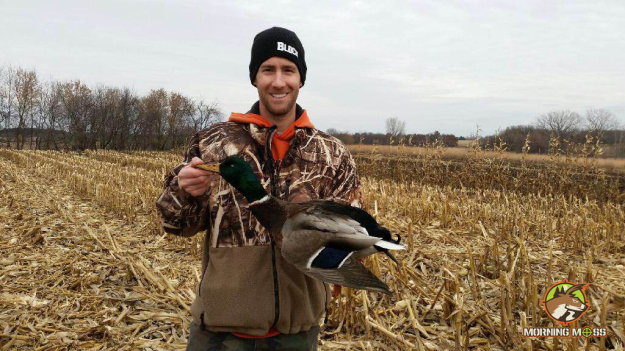 The cold front that has pushed through in the last few weeks and the incoming one that we’ll see in Southern Wisconsin (and much of the country) tomorrow is really pushing some Northern waterfowl down through our state. This has led to some amazing duck hunting opportunities in Wisconsin and many other mid-west states. Yesterday, I was lucky enough to be able to get out and do some pheasant and duck hunting with some friends and we killed two beautiful drake mallards.

This was the first drake mallard that I’ve ever shot and it had 4 curls on it’s tail. I don’t do a ton of duck hunting after October since I am usually bow hunting, but this year tagged out early so I had the chance to do some more.

We puddle jumped these ducks by sneaking up to a pond in the middle of a marsh where we knew they were at. We came in downwind with the dog and when the ducks saw us and took off, we were able to drop two drake mallards. Jump shooting ducks is a really fun way to hunt, especially during mid-day.

If you’re looking for more tips on how to jump shoot ducks or more hunting user submissions, then you’re in the right place.