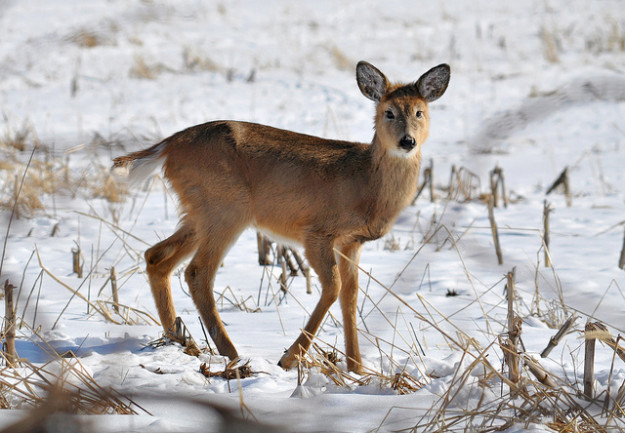 After years of generous deer permits in the state and several hard winters, hunters in many Northern Wisconsin units will not be able to shoot does this year.

The Wisconsin DNR received approval of its 2014 deer season recommendations that have new antlerless deer quotas and updated CWD areas. This means that 19 of the state’s deer management units in Northern Wisconsin will only allow bucks to be shot in 2014. There will be some antlerless deer tags available for youth hunters, disabled hunters and qualified military personnel.

“With the severity of this past winter, recommending a buck only hunting season for much of Northern Wisconsin is a first step in allowing the deer population to recover,” said DNR Secretary Cathy Stepp. “We have received a great deal of public input on these recommendations and have received great support.”

The Wisconsin DNR will also test new automated deer registration this year as well as the in-person stations. In 2015 the DNR plans to roll out a large-scale implementation of an automated system. The DNR thinks that it will be more efficient and will allow for instant data collection. Other states currently use this system, but Wisconsin has a proud history of deer hunting and many local deer registrations are taverns and restaurants. These places rely on the deer registration stations and the business that comes with it.

For more information for the 2014 Wisconsin deer season, including specific season dates and zone maps, check out this pamphlet from the Wisconsin DNR.

What do you think of the new hunting regulations in the state? How do you feel about an automated deer registration system in Wisconsin? Let us know in the comments below.