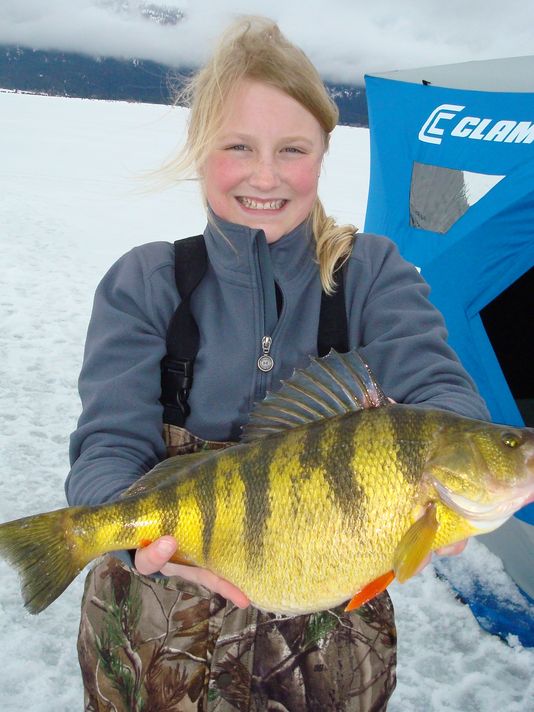 Tia Wiese caught this 2 pound 11.68 ounce perch in Idaho and it is now the new world record perch caught on a tip-up. Photo from KVTB.

Recently, Tia’s father Gary visited the freshwater fishing hall of fame in Wisconsin and saw that the perch his daughter caught last year was the largest perch ever caught through the ice. They all knew the fish was big, but didn’t realize it was a world record perch.

Tia’s perch weighed 2 pounds 11.68 ounces. This beat the old record of 2.6 pounds by a lot. This is for a perch caught by a tip up through the ice. The paperwork was submitted confirming it was an official weight and now Tia is the proud holder of the new world record perch!