How Much do a Buck’s Antlers Grow in the Summer? 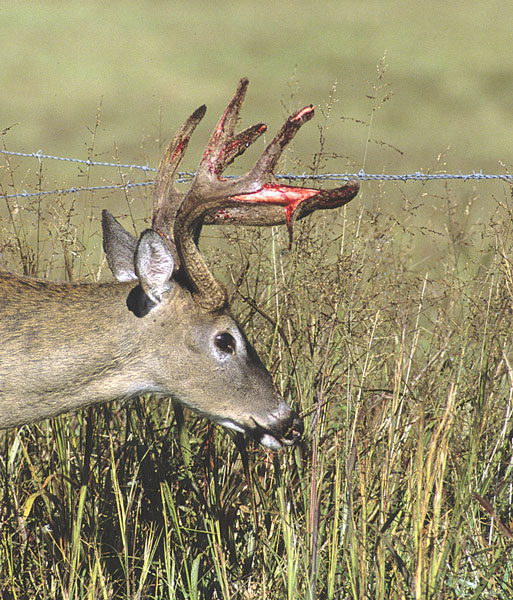 Summer is great for many reasons, but one of the things that I look forward to most is watching the bucks that are on trail camera grow. Most bucks drop their antlers in late January or February and by April, they have started to sport some new head gear. I’ve always been fascinated by the growth of antlers and how a tissue can grow so quickly and then harden. Below you can see a brief timeline of each month in the summer and how much a buck’s antlers will grow in the summer. Be sure to send us your summer trail cam pictures and we’ll be updating our user section weekly.

April: In April you will start to notice antlers on bucks. Near the end of the month you can see brow tines starting to form and 1-2 inches of additional antler growth on the main beams.

May: In May you will begin to see visible G2’s on larger deer and the main antler beam has now grown to about half of the final length that you’ll see in late August.

June: June is the first month that the antler growing process begins to speed up tremendously. You’ll be able to get a good idea of what the buck will look like and should be able to see most of the main points on the antlers.

July: In July you should be able to see the fully formed racks of the bucks that you see. Some growth will happen in August still but will mostly be mass growth.

August: In August the racks will be fully formed and the blood flow going to the antlers will stop. Antlers will harden and in late August velvet will begin peeling.

September: Any bucks left with velvet will peel this month and antlers will be hard.

While there are always anomalies in the animal kingdom, this is the most common timeline of antler growth for bucks in the midwest.