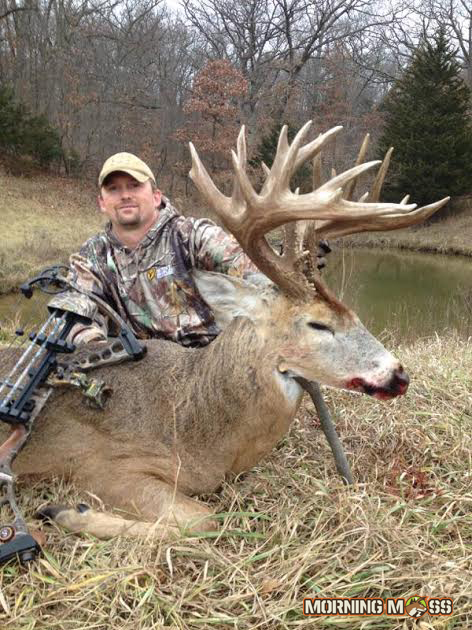 Kevin Clouse killed this big buck dubbed the “beer can buck” after missing another great deer earlier in the day.

Full Story and Photos of the Beer Can Buck!

Last week we posted an article about a buck that has been named the “Beer Can Buck” that was shot in Melbourne, Missouri on December 13th. This incredible deer sports countless points and mass that is insane. The bases on the antlers were bigger than beer cans, which is how it got the name. Kevin Clouse was the lucky hunter who killed this buck and we were able to get in touch with him for some more information on the story and a lot more photos of this massive Missouri buck. 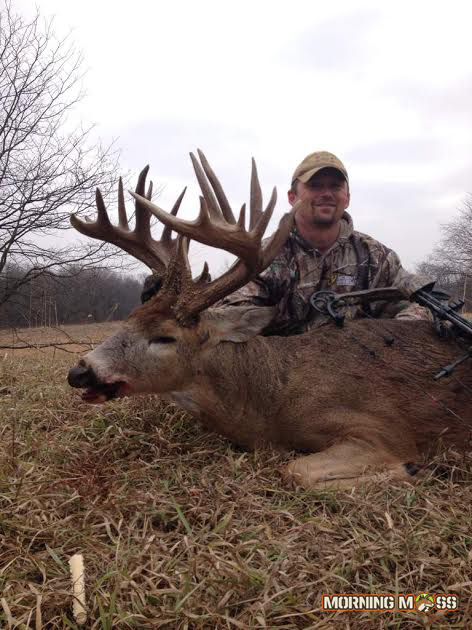 This is only the second time that Kevin has seen this buck in three years and he said that it would have been a treat just to see the deer. The sighting almost didn’t occur for Kevin, but due to an “unfortunate misfortune” Kevin was able to tag the biggest buck of his life. Just 15 minutes before Kevin killed the “beer can buck” he shot and missed a 135-140″ class buck. His arrow hit a twig and that deer got away. Then, 15 minutes later, the beer can buck came in chasing that doe and the rest is history. 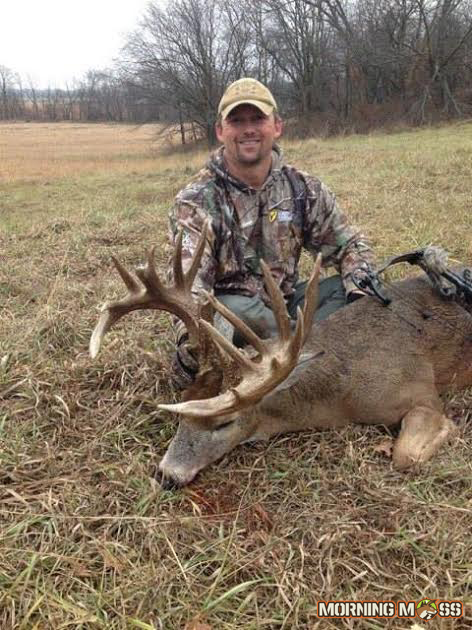 Kevin Clouse has only seen this buck twice in the last three years, but he as able to kill the giant deer.

We’ll let Kevin put the hunt in his own words, which shows just how excited he is.

“Funny thing is, I just hung my stand in that spot that afternoon, and this is the second time ive seen him in 3 years, said Clouse.”

“With only a few trail cam pics, just seeing him would have been a treat. Killing him, impossible!! So im still in disbelief to say the least, how it all came together that night.” 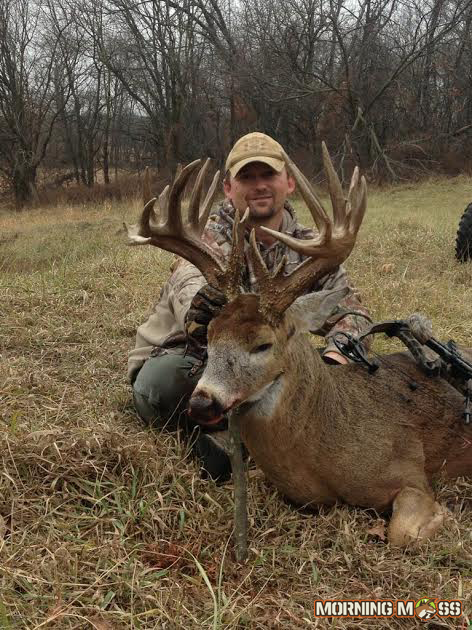 Just 15 minutes before Kevin killed the “beer can buck” he shot and missed a 135-140″ class buck. His arrow hit a twig and that deer got away.

Again, congratulations to Kevin on this magnificent deer. Make sure to send in your photos of great bucks and we’ll post them on our user submissions.