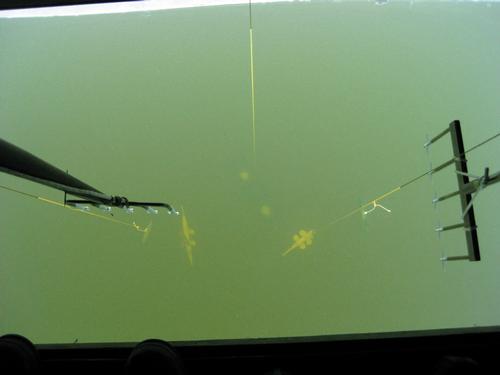 2016 Lake Winnebago sturgeon spearing results are in for another Wisconsin spearing season.

The 2016 Lake Winnebago system sturgeon spearing results are in now that the season was over and it went down to the wire. This year’s season went the full 16 days, which has not happened very often in recent years. The total harvest was 703 fish, 396 of these being from Lake Winnebago and 307 from the upriver lakes.

Many spearers pulled their shacks before the 16 days were up due to unsafe ice conditions but those who stuck it out managed to get a few fish on the last day.

The 2016 sturgeon spearing season is the 55th largest quote since 1941 which is when data began being counted. There were 19 fish harvested that were 100 pounds or larger, 8 from Lake Winnebago. While the harvest of the bigger fish (100 pounds plus) remained steady on Lake Winnebago, it actually increased on the upriver lakes. This is probably due to the difference in diet items that consists mainly of gizzard shad on the upriver lakes and lake fly larvae on Lake Winnebago.

This year’s sturgeon spearing season was a pretty good one by any standards. The conditions were not the best considering there was still open ice in January, but a cold front allowed the ice to freeze over to get shacks out there. While the season’s harvest was below average, it did allow us to spear the entire season and get people out on the ice!

Congratulations to those who were successful, we’d love for you to send in your sturgeon pictures!

Check out this big Wisconsin Lake Sturgeon speared in 2016.