Wisconsin Fish Kill Due to Lack of Oxygen 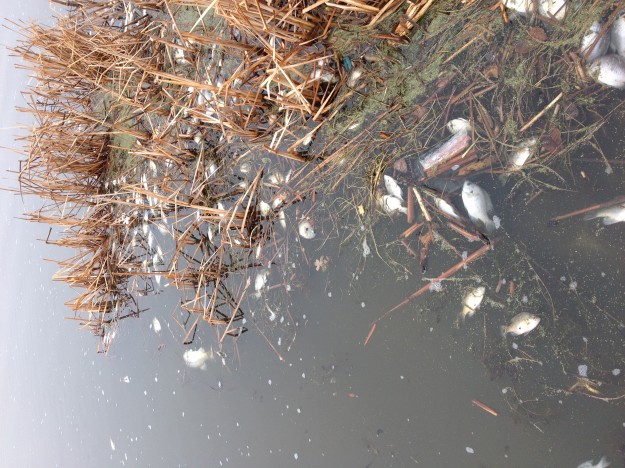 The fish in this photo washed up on the shores of Fox Lake in central Wisconsin. The fish include crappie, bass and bluegill and were killed due to a lack of oxygen in the water.

While many ice fisherman enjoyed the thick ice that lasted many months this past winter in much of the mid-west, it was not all good for the fish. Lakes that didn’t manage to get an aerator out, or who don’t have one, may have suffered a severe fish kill. We’ve gotten reports from several sources in Wisconsin, Michigan and Minnesota who have been seeing many largemouth bass, crappie, bluegill and other panfish washing up on the shores since the melt. 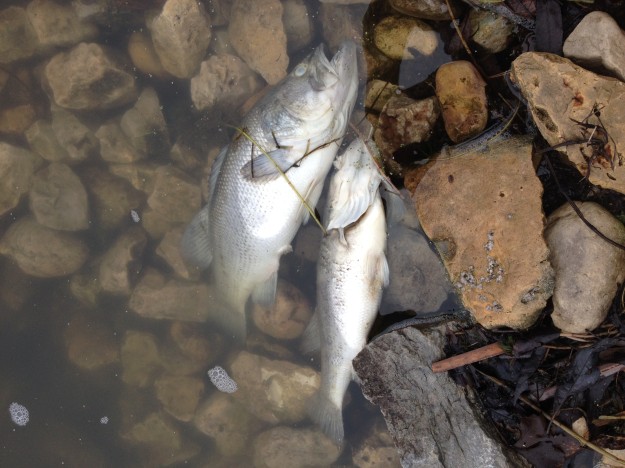 Many mid-western lakes are experiencing fish kills due to the lack of oxygen in the water from thick ice this past winter.

Wisconsin Fish Kill Could be Severe

When the ice gets too thick and eliminates sunlight from the plants in the water, oxygen is deprived in the lake. Fish need this oxygen to survive and the thick dark ice from this last winter killed off much of the oxygen rich plants. The photos in this blog are from a resident of Fox Lake, Wisconsin who took these pictures off of the pier on their back porch. Fox Lake is a popular fisheree for crappie, bass, northern and walleye, but it looks like there has been a decent amount of fish killed from lack of oxygen.

While we are sure that Mother Nature will rebound with these fish kills, it’s important to keep in mind what is in the lake when you’re fishing this winter. Don’t be too greedy so that the next time  you get out there, there’ll be fish then. 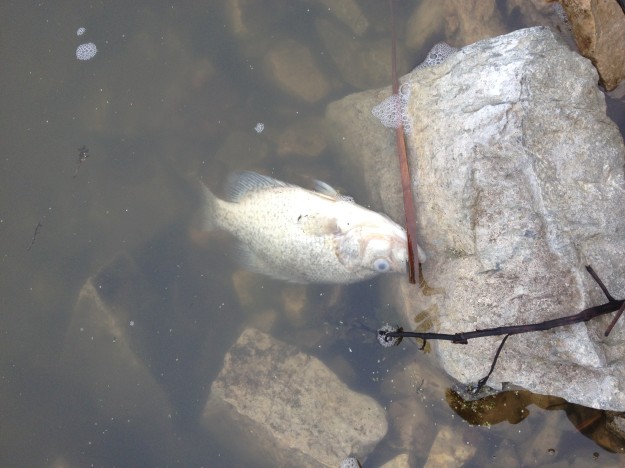 Fisherman will need to make sure that they don’t over-fish lakes this summer that experienced a high fish kill due to the lack of oxygen.

What do you all think of the Fish Kill due to lack of oxygen in the Mid-West this winter? Send me your thoughts to PJ@MorningMoss.com.

For more Outdoor news and the latest fishing reports, please visit our site on a regular basis.