How to Kill a Velvet Buck 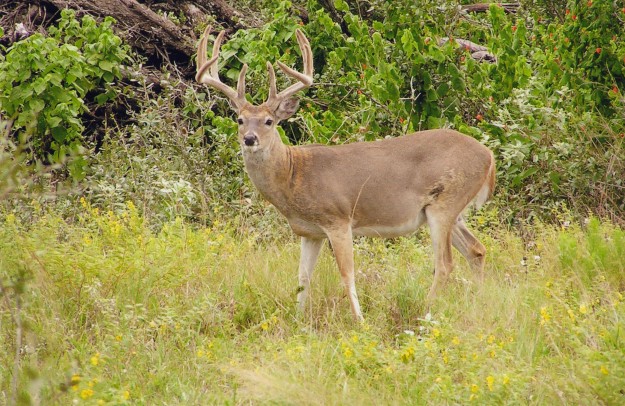 Killing a big buck in velvet is one thing that many bow hunters dream about. It is a great addition to any trophy room and is one of the best looking mounts that you can have. Any early bow season that opens around mid-September allows you the chance to take one, even if it’s just around opening weekend. Some states, such as South Carolina, even have rifle hunts where you can hunt velvet bucks. Learning how to kill a velvet buck consists of food, which is the story or an early or late season hunt.

Cater to the Belly

Food is always one of the biggest factors hunters need to look for when targeting deer. In late season, deer congregate there and the same is true for early season, but they are on patterns from the summer. Hunting over a bean or hay field in the early season is not the best strategy to take a velvet buck, but getting on the trails that they take to that field is. Try to get the main trails to these food sources nailed down, so that you can have a good idea what trail, during what wind, that deer will take to the field.

Salt is a great way to get deer in during the early season. Where legal, salt licks can really attract deer and there are plenty of other attractants as well. Get the deer coming in to a salt lick and set up your stand between that and the field. If you can pin point the pre-dinner salt snack and get them to come right by you on their way to the field, you’ll have a velvet buck down before dark.

States like Kentucky give you a good chance to shoot that nice velvet buck that you have always dreamed of. In Wisconsin, where I’m from, it’s tough to see velvet deer after opening weekend, but this year, opening weekend is as early as it gets. I’m looking forward to the chance to see some velvet deer in mid-September and adding that trophy to the wall.