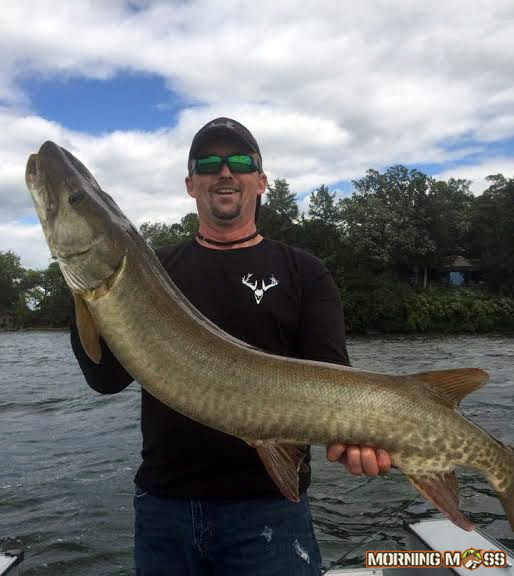 Kevin Clouse caught this huge 50 inch musky recently and previously was the hunter who shot the beer can buck in Missouri.

You may remember Kevin Clouse from his huge Beer Can Buck that he shot last fall in Missouri, but the hunter and fisherman has done it again! Kevin recently caught this giant 50 inch musky and as you can see from the photo above, it’s a whopper!

Nice catch Kevin and we’re going to go out on a limb here and challenge everyone to step up to this guy’s level. A 200 plus inch buck and a 50 inch musky in the same year? That’s a hell of a resume and hopefully it will continue for him.

Check out more of our giant fish photo user submission.