Is Hunting Cost-Effective For Meat 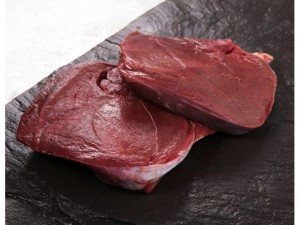 Is Hunting a Cost-Effective Way to Get Meat?

Hunting is a sport for many and outdoorsman are a passionate group of people, however many seem to forget that once it was a way of life, and still is for some. Most of us can run to the local butcher shop or grocery store to buy meat and other goods, but for some cultures, they rely on the meat. That being said, we are going to focus on the U.S. in 2013 and there are laws and regulations for most of us. So, the question is, is hunting a cost-effective way to get meat? My short answer for me personally, would be no, but there are some who would disagree. Let’s throw some factors out there.

Is it cheaper to hunt for meat than buy it?

There are many start up costs to hunting, and while many have access to these tools that are necessary, others don’t. First off let’s focus on deer, elk and other big game. You need a weapon that will kill these animals. Whether that weapon is a gun or compound bow, it’s going to cost around $400 give or take. Then you’re going to need ammunition or arrows, add another $100. The cost of licenses, if you only hunt one sport is going to be around $50, then you will have the fuel to go on the hunt. 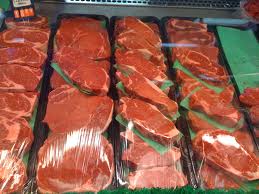 In a perfect scenario, you have all these tools and your only cost will be the license, fuel and your time (which is the real cost here) but the world is not perfect and most will not kill an animal their first hunt. If you are adding in land leases, property taxes and butcher fees, unless you do it yourself, these costs go up dramatically. The other cost is the gear that hunters tend to purchase, which skyrockets the price of the meat.

An average mature buck will give you around 53 pounds of meat after processing, which at $2.00 per pound amounts to $106. The savings after the costs of the time, licenses, ammunition and more doesn’t really equate.

If we start looking at smaller game like ducks or other birds, this cost could go up even more with missed shots that cost ammunition. As you can see, costs can compound rather quickly and for most people, the meat price doesn’t outweigh the cost of the sport.

Is Hunting Cheaper Than The Grocery Store

I’m glad that I don’t have to hunt as a way to save money on meat. At this point, I’ve acquired most of the tools I need and it may be somewhat cost effective, but that’s not why I do it. If you need some insight as to what gear that hunters tend to purchase, including the best hunting boots,  we can help with that. Most hunters and outdoorsman love what they do and wouldn’t trade it for anything. It’s a lifestyle and one that is worth the price no matter what the end result of a “per pound” is.