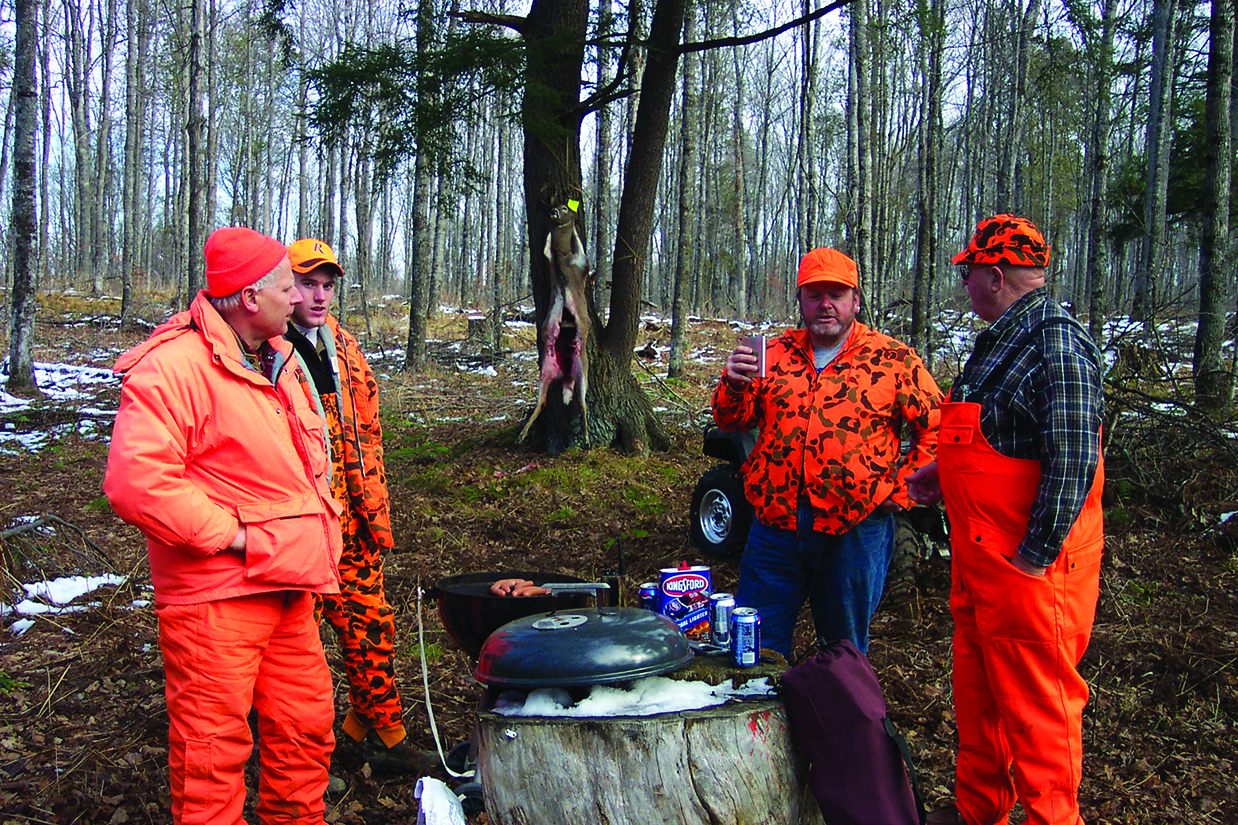 White-tailed deer, especially mature ones, have a knack for evading hunters. While some hunters attribute this elusive ability to the animal’s sixth sense, the reality is that the whitetail’s keen senses account for the animal’s woodland wizardry.

Today’s column takes a closer look at these sensory abilities that allow deer to elude hunters during the hunting season and to elude other predators and dangers throughout the year.

This traditional rhyme not only illustrates the predator-prey relationship between humans and deer, but it also shows the importance of sight for a whitetail’s survival. By having eyes on the sides of its head, a deer is capable of seeing more than 300 degrees at any given time, and a deer’s eyes are extremely sensitive to any motion. These two characteristics allow deer to easily pick up any movement and thus locate potential predators. Furthermore, whitetails see extremely well in low light, and they see quite well under the cover of darkness.

Several extensive studies have looked at how deer see colors. The consensus of these studies is that deer see blue very well, and they also see yellow and dull orange to a degree. Apparently, deer don’t distinguish green and red. For the most part, researchers conclude that deer don’t identify blaze orange as a bright color; instead they see a shade of gray. Regarding vision, nature has equipped the whitetail with eyes that are significantly better at detecting movement than at identifying colors. The key message for hunters then is to limit one’s movements. If a deer does pick up on your movement, remain motionless, and the deer will possibly resume its normal activities within several minutes.

In addition to easily detecting movement, deer also have the ability to identify objects that seem out of place. On many occasions, I’ve had deer detect my presence even though I made no movement and was downwind. This typically happened when I was on the ground or in a tree stand, and there was nothing behind me to break up my silhouette.

By pivoting and cupping its ears, a deer, without moving, can hear in all four directions. Experts believe that deer hear four to five times better than humans. To appreciate this difference, listen to a person’s heartbeat and then use a doctor’s stethoscope to listen to that same heartbeat. Deer, like wild turkeys, are also adept at pinpointing the location of a sound.

Hunters can’t overestimate the importance of being quiet. Wise hunters avoid slamming car doors, talking loudly, wearing noisy clothing, and making any noise that deer in the area do not routinely hear. For example, the rhythmic pattern of an approaching human or the unnatural sound of a metal tree stand will instantly put a deer on alert.

If a deer does detect one of your sounds, remain as motionless as possible. It is possible that the deer will not bolt if it does not identify movement in connection with the sound. On a positive note, a deer’s sharp sense of hearing does allow hunters to use rattling and calling to lure a deer within shooting range even if the deer is initially a distance away.

This quote illustrates the importance of the sense of smell in a whitetail’s life. In essence, a deer’s nose is the animal’s top sense for identifying predators.

Authorities disagree on the degree of a deer’s sense of smell.

Some researchers say that a deer can smell 100 times better than a human while other experts put that number at 500 or even 1000 times better. No matter who is right, the bottom line is that deer have an incredible sense of smell. Under normal weather conditions, a deer’s nose can detect human presence up to one-half mile away, and older deer have a keener sense of smell than younger ones. This sense allows deer to identify the location of a hunter, and the sense also alerts deer to where hunters have been even after a hunter has vacated the area.

In addition to its use as a defense mechanism, a deer’s nose plays a role in its feeding, social, and sexual behaviors, too. As a result, a multi-million dollar industry focusing on scent products has emerged, and commonly used types of scent include cover, food, curiosity, territorial, and sex ones.

To combat a whitetail’s incredible sense of smell, wise hunters focus on scent reduction and wind direction. In addition to wind direction, hunters should also be conscious of rising thermals in the morning and descending thermals at day’s end.