This great white shark was caught off the coast of North Carolina in the Outer Banks.

Great white sharks are the lords of the ocean and are also a protected species. A rare catch in North Carolina has caused some controversy after the angler didn’t handle the animal correctly upon reeling it in. Back in October, Jeff Heglund was fishing on the shore of the Outer Banks in North Carolina, when he caught something he wasn’t expecting. Jeff reeled in a great white shark, which is the first ever shore-caught white on the East coast. After he landed the fish he posed for some photos, which is what has some people steaming. 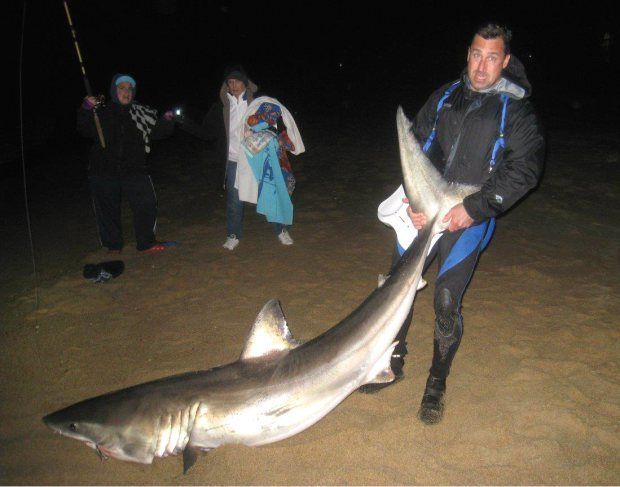 Photos like this are what the MCSI is not recommending and is what upset them about this great white catch.

The shark put up a big fight before Jeff ever even saw the fish and he was really surprised that it was a great white. He landed the fish, dragged it up onto the sand and examined it and shot a few photos. This is why people got angry.

“Great white sharks are a protected species in Atlantic waters,” the Marine Conversation Science Institute posted to their Facebook page. “That means you do not drag it up the beach for poses, gap the jaw, or lift the tail to get that winning shot.” 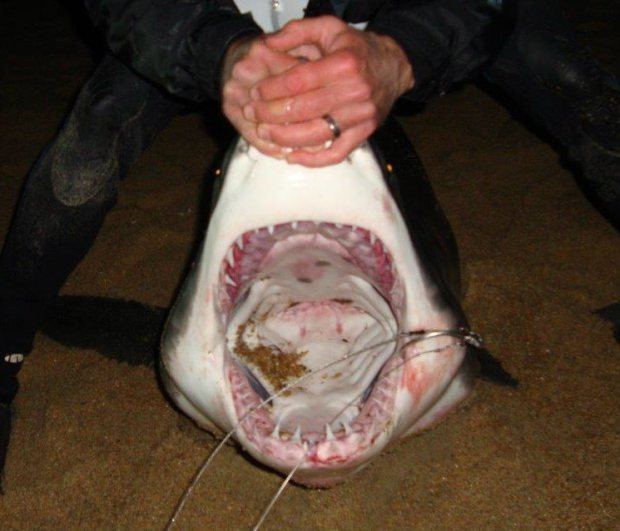 The great white caught in North Carolina on shore is the first that people knew about.

Hopefully the shark was OK. Heglund recognized that he was not to kill the shark and let it go. The MCSI said that the line should be cut and the fish released instead of being posed on shore. They weren’t too happy with the tail raised photo or the jaw open photo.

In any case, the shark was a cool catch and I’m sure that Jeff was pretty pumped about it. Hopefully the publicity of it will serve as some education to others who accidentally catch a great white while shore fishing.