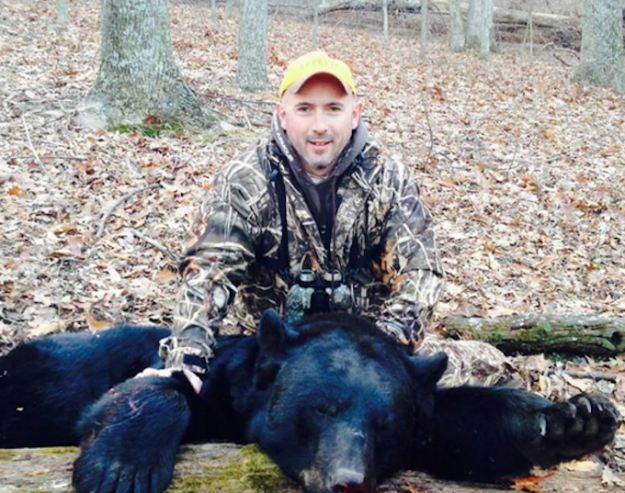 When Patrick Coffey went deer hunting last month on a large Virginia farm, he was not expecting to come home with one of the biggest black bears ever killed in the state, but he did. Coffey stalked up on the animal according to the Washington Post and shot it from 130 yards away. The bear measures 8 feet from it’s nose to it’s tail and weighs an estimated 650 pounds.

Coffey said that he could see the bear from over 300 yards away and that it was easy to spot due to the lack of leaves on trees. The bear was eating acorns and Coffey managed to sneak in and make the shot.

“I realized how big he was when I shot him,” he said. “He was obviously an older bear.”

It took several friends, a tractor and a truck to get the bear to a scale and even that didn’t tell them the exact weight. The scale had a 550 pound limit and the bear surpassed that by much more.

“It is not an everyday occurrence that you run across a 650-pound bear in Virginia,” Coffey said.

Virginia bears are doing well and the state has an estimated population of 17,000. Large bears are around too. In 2000 a 740 pound bear was killed and there was also a 728 pound bear shot recently.

Coffey is a taxidermist as well and is looking forward to adding this bear to his other animals.