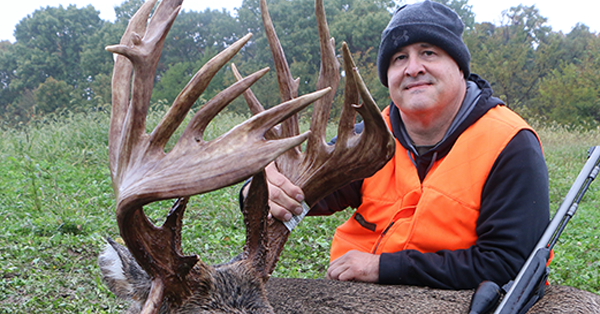 I saw a few photos across hunting news sites, forums and a Facebook feed this past week and could not believe what I was looking at. This deer is more of a moose and I was hesitant to post any pictures of it because I could not believe what I was seeing. Well, the research is in and this is a 100% legal, fair chase, Iowa giant and could be the largest buck ever shot on camera. More information and photos of this giant Iowa buck with the most mass I’ve ever seen that was killed on the weekend of October 12 is below.

Trophy Pursuit has filmed the whole thing and has announced on their Facebook page that it is all 100% legit, fair chase and that they’ll be releasing a video of the hunt.

TrophyPursuit.com stated: “We would like everyone to know that Trophy Pursuit has filmed the harvest of what we think could be the largest wild, 100% fair chase whitetail to ever be captured on professional video! The footage and story is nothing short of amazing and we can’t wait to share it with you and the world! Stay tuned for pics and video coming soon to www.TrophyPursuit.com.”

The guys over at Trophy Pursuit seem like the real deal and congrats to them on getting this giant on camera, what an awesome feat! 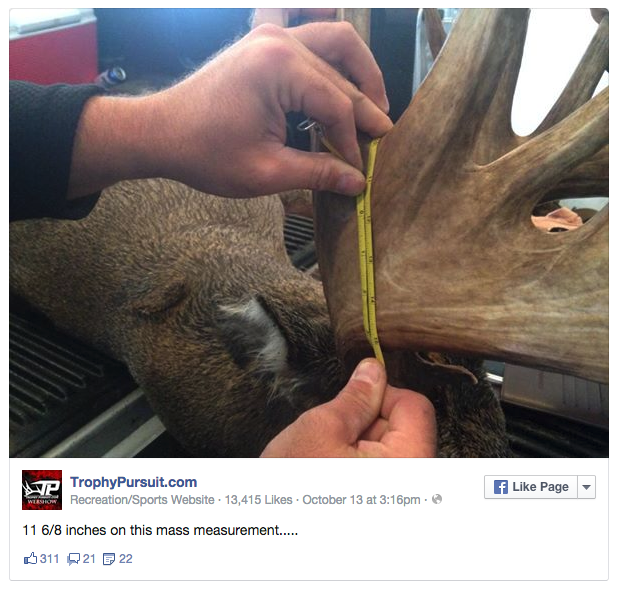 The deer was officially scored by a B&C Scorer

The giant buck was shot with a muzzleloader and unofficial measurements before the drying period put this deer at 258 inches. This buck could be the largest ever taken on professional video camera, which would make an awesome hunting video. The buck was shot in Marion, County in Iowa on private land.

This 258 inch monster could be the biggest buck ever killed on camera.

Congratulations to the hunter. I think I speak for everyone when I say that we’re really excited to see this big buck video on www.trophypursuit.com soon!