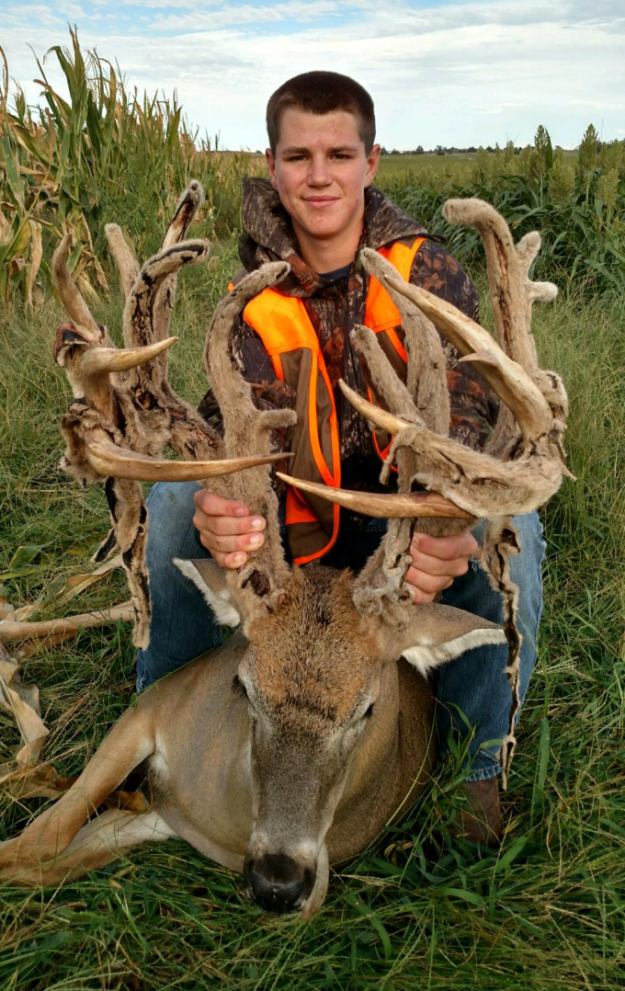 It is the time of year again that we start to see pictures of giant bucks that have been shot all across the country and this one could be one of the biggest of the year. Early season giants not only make awesome mounts, but are bucks that are almost always the result of hard work and scouting. This big 230 inch Kansas buck is no exception.

Sixteen-year-old Clayton Brummer shot this giant non-typical in Stafford County, Kansas on September 8 during the youth season. The buck was still half in velvet and he had already seen the buck earlier in the season.

Clayton watched the buck come in before disappearing into a big cornfield and then saw the buck re-appear only 30 yards away. The shot was true and the buck dropped in it’s tracks.

The buck has 21 points and gross scores over 230 inches. You can read additional information on the Wichita Eagle.