A first impression, like regretful acts and angry words spoken, cannot be taken back or changed.  It cannot be amended, colorized in a better light, or softened to make it easier to be absorbed.  It is what it is which is, even more true for our very young children compared to the older ones who have a little bit of life’s experience to temper an initial blast of something new to their senses.  Young children, although unaware of this, rely on their parents for guidance on how to react to something new and if that first chance to shape an attitude is missed, then the opportunity can be lost forever; there is only one ‘first time.’

For the family that enjoys hunting, fishing and the fruits of those labors, the first contact of a young child with a dead deer or a flopping, wriggling, fish on a hook can be a traumatic event with a lasting learned behavior.  I found this out the hard way with my first child, Jessica, at 2.  My wife and I were fishing on our lake near Kempster, WI and, after catching and unhooking a nice heavy bass, it shook itself hard, slipped out of my grasp and fell to the bottom of the boat.  The loud banging noise of the fish against the aluminum and the violent flopping around of the big bass scared her to tears and terror.  We ended that fishing day and went to shore to do something more fun with her.  Fortunately, at 2 ½, memory is still short, but that one misstep on my part could have been longer lasting.  If she had been a year or two older, I think that the memory of the fear of a fish may have stayed with her for quite a while.

At 3 ½, my granddaughter, Taylor, cried and wanted nothing to do with a boat on the water; after being on one for the first time and feeling the unsteady tipping and rocking of it.  The following winter, when looking at pictures of that summer’s fishing adventures, she sadly told my wife that she remembered crying on the boat.   It took a lot of work the next year to get her back into one.

For a child, a first fish encounter pales in comparison to that of a dead deer after hunting season.  The pure size of the animal and its bloodied, gutted belly can be confusing to a child and an adult may want to actually orchestrate that first event as my oldest son and I did with his two young girls.  When we came home several years ago from an EAB hunt and off loaded some deer onto the garage floor, I asked both of our wives to hold back any negative “yuck” or sad “Awwww, poor deer” type words as we took the ‘girls’ down to see the freshly ‘harvested’ deer.   Upon sight of the deer, both girls stopped, confused and apprehensive, and looked up to their parent’s faces for guidance on how to react to what laid before them.  My son and I talked in normal tones pointing out the horns on one, big ears and nose on another. We got them to pet the hide to feel the soft fur and created the feeling that all was normal and nothing to fear.  I told of how happy and proud their Papa and I were to have gotten such fine deer and we had accomplished what we had set out to do and that was what hunting was all about. 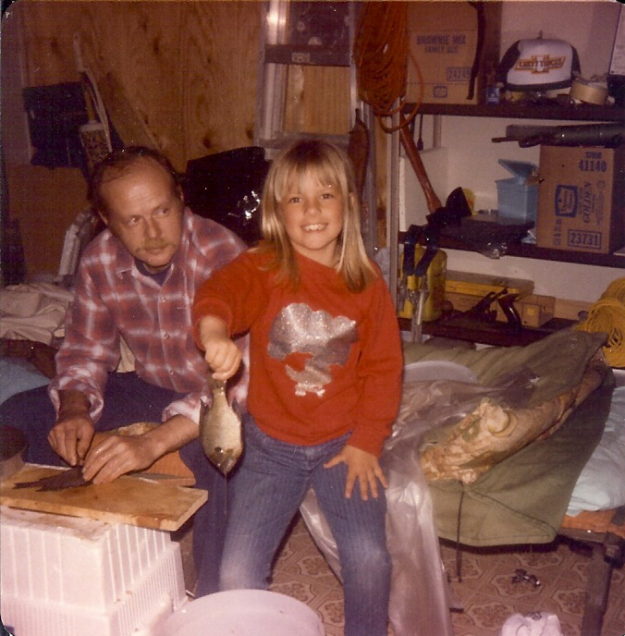 I sat down on the rump of one of the deer and the littlest one came over and sat on my lap. Then the older one came by and stood beside me, both curiously looking at the deer close up. I talked about the great amount of meat we would get and the wonderful suppers that they would enjoy from the animal.  It was all about making them feel at ease in front of something that was an obviously strange site to see from their young eyes.  And when I got up to do something, to my surprise, they both sat down where I had been on the deer, having in their minds, rendered  the animal from something that was cute and running through the woods to meat that was to go in the freezer and eventually on the table. The transition went well because of forethought on the part of the adults in the situation; I think the brief bit of pre-planning was well worth the effort for the children as well as lessening the potential disappointment to the parents.

A successful introduction to outdoor sports is not limited to the very young, but to anyone who lacks that type of life’s experience.  I took my city born, future wife, Kathy, fishing for the first time when she was 18 and did everything I could think of to make it not be a yucky, gross, slimy experience for her. It was actually only the second long trip out of the city for her and a dramatic change from street lights and traffic; she didn’t know that nighttime could be so black.   But she took to the sport so well that we ended up going to a fly-in fishing camp in Canada on our honeymoon and to Alaska fishing on our 10th anniversary.  And still today, she is the queen of the ‘One more cast’ club as she is always pointing to a spot further down shore to try before quitting for the night.

Both of my sons followed the outdoor traditions and both married accommodating and gracious women who, if not hunters and fisherman themselves, at least lovingly support their husband’s endeavors.  My daughter, who got past the trauma of the slapping bass in the boat, came to love fishing and does so with her husband, my wife and I, and her brothers at all opportunities. 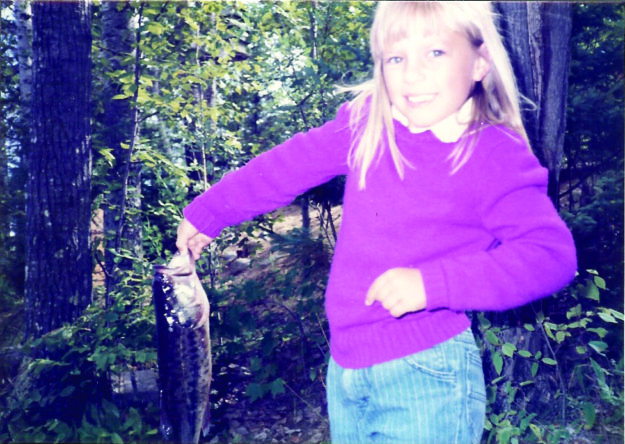 In my late teen years and early 20’s, I took friends from the city to the northwoods on hunting and fishing trips. And for some, the one experience was enough. While for others, it was the beginning of a lifelong, pleasurable pastime that is still enjoyed today.

My nephew, Troy, was born and raised in Indianapolis, Indiana and although he did some fishing there, he had never hunted.  He and his family moved to Milwaukee when he was 16 and the following year, armed with a Hunter’s Certificate,  I absorbed him into the deer hunting group and he loved it; successfully harvesting a doe his first year.

Promoting the out-of-doors to young family members is an easy and natural thing to do.  The biggest expense is your time and that is something well worth being spent and is often a tossup as to who reaps the greater reward.  Our DNR tells us that the hunting, trapping, and fishing community in Wisconsin is shrinking; perhaps too many Ipods, Smartphone’s, and other things that I have no knowledge of, but still somehow manage to survive daily without.  There are several organizations in the state that publicly encourage sportsmen to “take a kid fishing” and other outdoor activities that will introduce a person to the bounties of Wisconsin that he or she may otherwise never have an opportunity to enjoy.  And although it is good to agree to this in principle, I would argue that it is much better to practice the belief with deeds.