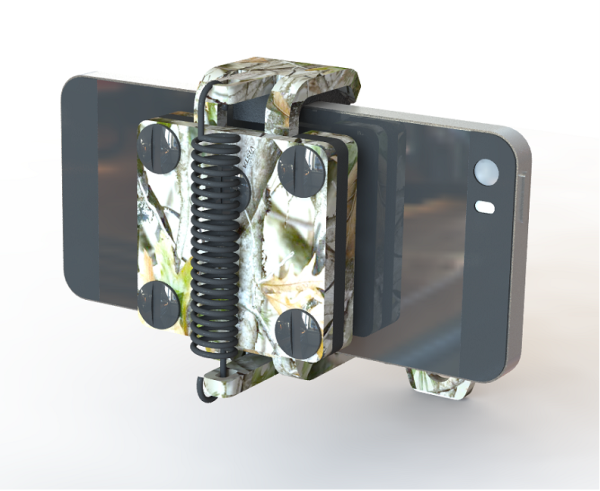 The Fighting Squirrel Bow Mount is an easy to use, affordable phone mount for your bow to film hunts

There are a lot of big, expensive cameras out there for hunters to record their hunts, but what about something small, compact and cheap that we can use to try to film a hunt without having to drag equipment to the bow stand? Many hunters that I know have had this thought and we all would like something simple and cheap to take fun videos from our friends, right from our bows. Enter the Fighting Squirrel Bow Mount. This product attaches right to your bow simply and easily and holds your smartphone so that you can take and record videos from the shot perspective. Read more of the Fighting Squirrel Bow Mount Review below. Visit the Fighting Squirrel website here. 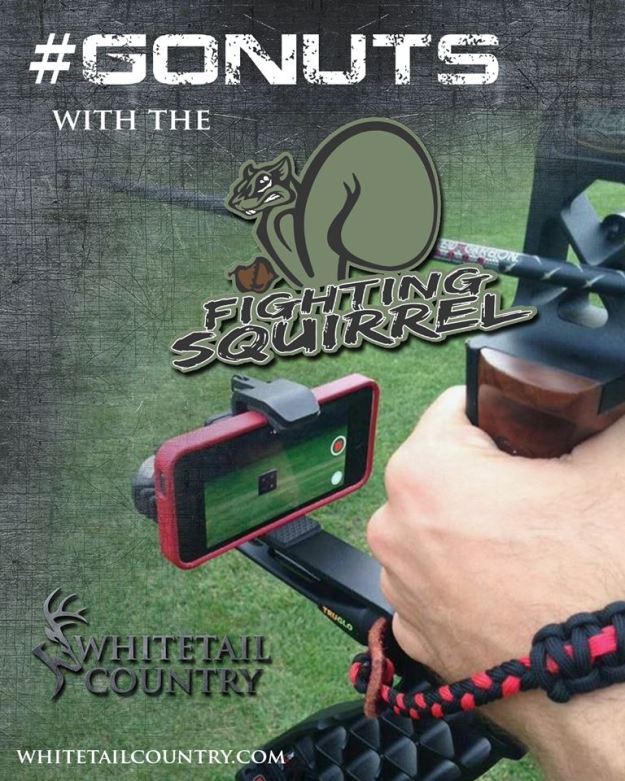 The first thing I noticed when I unwrapped the Fighting Squirrel bow mount was the sturdiness. It’s not heavy, but it also doesn’t feel like its going to break. It fits easily onto my Mathews Creed XS bow and doesn’t affect my shooting. I have an iPhone 5 and was able to put that on there and while shooting at a target, take as good of video with it as I would if I were holding the phone.

The Fighting Squirrel bow mount fits any smart phone and is easily mounted to your bow.

One thing that I was originally worried about with the Fighting Squirrel bow mount was the shake when I shot the bow, but it was never an issue. You can see some videos here on their Facebook page and you’ll notice there is no shake like you’d expect.

Overall, I really like this product and the company from Wisconsin. They have made something that is affordable, easy to use (it works for every phone and sizes easily) and doesn’t add bulk. With the Fighting Squirrel bow mount you do not need to have expensive video equipment, just the phone that you keep in your pocket.

I found that this is great to use when you can watch a deer coming in and have time to turn it on and follow it with your bow. I’m really excited to try it out on an actual animal next season as I had already tagged out before I got it.

The Fighting Squirrel bow mount comes in several colors and camo patterns to match your bow and they are working on a crossbow mount too. Currently you can get the mount in Vista, Weather Ridge, Thunder Ridge, Foxy Lady and Black.

If you’re interested in purchasing a Fighting Squirrel bow mount you can do so here. Be sure to check out the rest of the WhiteTail Country site as well.