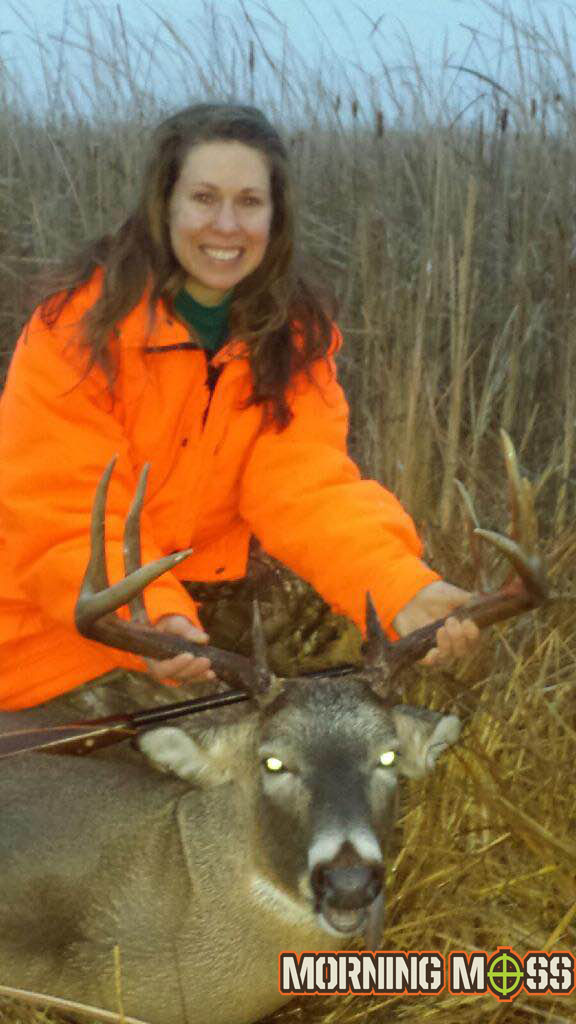 Dodge County Wisconsin has been known for some of the big bucks that get shot in the enormous monsters that cover it and this deer is no exception. Holly Sharpee shot this buck in Dodge County this morning with a 7mm rifle at 70 yards. The deer stood up and her boyfriend Nick handed her the gun and she put it down right away. The big 11 pointer has a nice dark rack and taped out at 146 inches. Congratulations Holly!

It’s been very rainy in the southern part of the state during the 2014 Wisconsin gun hunt but still some good deer have been killed.

Send us your big buck photos and check out all of our hunting and fishing photos from users like you.