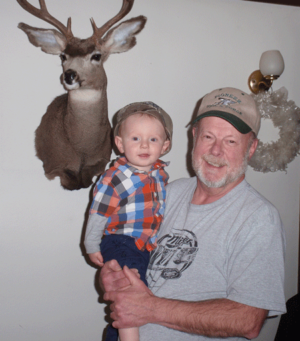 This piece is aimed at the 30 – 50 year old age group. I say that up front as I know as soon as I put forth my opening line, most in that group will assume there is nothing here for them and go on to the next page; but if you are in that slot, there may be some food for thought in my words for you. If I can dislodge just one soul from the rut of the seemingly endless days/months/years of monotonous middle life before them, then I would be happy. The gist of much of this piece can be found in the often repeated saying of an older, ner-do-well, nasty, scoundrel friend of mine who mentored me as a very young man in all of the things that my parents had previously protected me from; “do as I say, not as I have done.”

I am seriously thinking about retiring at the end of this year. I’ll be 64 and for many reasons, this has come to me as a good idea. Even though it was spawned from ‘bar talk’ amongst I and some buddies of mine, (usually those kind of discussions are forgotten by the next morning) I can clearly see it in my mind now and the perceived satisfaction of doing so is growing with me every day.   Aside from health issues, finance, insurance, and abilities, I think it is time; so I have begun the planning process and am finding out that ‘the plan’ should have started a long time ago.

Although hindsight is considered to be 20/20, I’m thinking that adage should be upgraded to 40/40 as the sharpness of what I’m seeing is astounding.  There’s an old saying that I invented a short time ago; “the older I get, the more I used to do.”  At 64, I have a lot to look back over, not as much as some, but enough to realize more regrets than I thought I would have had.

I wish I would have gone on more fishing trips with my wife and later my children, as they all loved to fish. My wife and I went on a Canadian fly-in fishing trip on our honeymoon and then again to Alaska on our 10thanniversary. We should have gone again to Alaska with our kids when they got a bit older as I do not think they will or could on their own now. It’s an experience everyone should have a memory of. We probably could have swung it, but it didn’t just happen.

In my late 50’s, I bought a good used Yamaha 4 wheeler and after I used it one time, I couldn’t understand why it took me so long to buy it; I had been thinking of doing it for years. I always wanted to go high country elk hunting when I was in my middle years, but had to skip the only opportunity I had and don’t see it happening now.   Although I know some hunts use horses, base camps, etc, there is still quite a bit walking and as I am starting a re-roof on my garage, my knees are killing me already and I can’t wait to get it done. And my asthma seems to be getting worse every year, so at my age, running up and down mountainsides chasing bull elk is losing its appeal.

I was fortunate enough to go to Wyoming hunting several times with my sons, but not until I was 60; it should have been much earlier. And although I was in good shape at the time, having gotten past open heart surgery at 50, a motorcycle accident at 52, and surviving cancer at 55, climbing those steep foothill canyons of the Big Horn Mountains, while carrying a pack and an eight pound gun, is a young man’s sport. And there is, as I now know, a big difference between 60 and 65 years as life is a cumulative experience of bumps and bruises and untimely mishaps and things just seen to begin to snowball at about that age.

I should have had more fast cars and ‘chromey’ things when I was younger, but the ones I have now I will sell to help finance my golden years. I’m a middle income guy and the thought of retiring has changed my mindset on how I spend my money now; a lot more wisely.  I walked through Wal-mart the other day, passing the men’s section and realized I will not have to buy anymore dress pants or shirts for work as I now have a life time supply. I will also probably not need any more new dress shoes, ties, or suits or many other things that are only occasionally used. 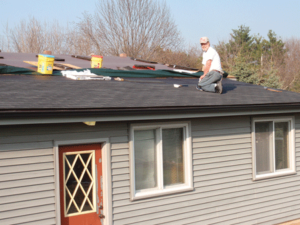 There are times when you realize that you have enough of some things or perhaps the need for them has passed…permanently; like when your last child is out of diapers and you know you will never have to buy another box. Or what you now have is good enough to last you so you can forever, so take that out of your budget. A few years ago when I was to go mule deer hunting in Wyoming for the second time, I told my wife I needed to buy a new gun that could shoot the vast distances that I found on the first trip out there. She said, at 61, I was too old for a new gun and as I could not come up with anything that held better merit for buying new, I found a nice 30 year old Ruger ’06 for 1/3 the price. A new gun can last a life time, so you might as well buy it when you’re young enough to get your money’s worth.

For all of those people who say age is just a number, never give up, and you’re never too old; that all sounds noble, but is less so in reality than in sprit. Knees do go bad, backs go out, various ailments arrive unwelcomed, and life changing events occur with dramatic speed as that ‘age number’ increases. In my younger days, I often had time but no money and then the reverse. And now I see it doesn’t change as you get older.

I should have done more but didn’t. I perhaps could have if I had planned better. Some things I just didn’t think were possible so I didn’t try; like moose hunting in Canada. Looking back now, I see many missed opportunities due to poor, or lack of, planning and wished I had forgone some of the flash for more important and lasting things and memories.

Just to be clear; I always felt and firmly said that family comes first and that is the number one priority for all things including money and time, but daydreams can come true and things wanted can be had if the thoughts of a plan can be laid out and followed. When we got married, my wife and I both had new cars, but as the family began, it was three kids and 25 years later before we could afford new ones again.

We do what we can, but I just wish I had put more thought into things when I was younger. So while you can, chase them bull elk and fish those high mountain lakes for trout. Go to Alaska and look around a bit or portage into a remote Canadian lake and fry fresh walleye on a campfire. Build your little shack up north in the woods and pass it along to the young ones.