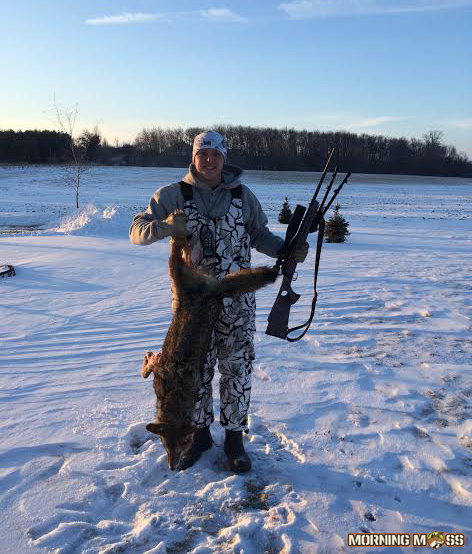 Sam Wiersma shot this big coyote that weighed 41 pounds in Wisconsin at 11:30 pm.

Coyote hunting is tough, but when you manage to get one down it’s even more rewarding. Sam was able to shoot this big male last night at 11:30 p.m. in Wisconsin. It was the second coyote that came in and he shot it on his third set. 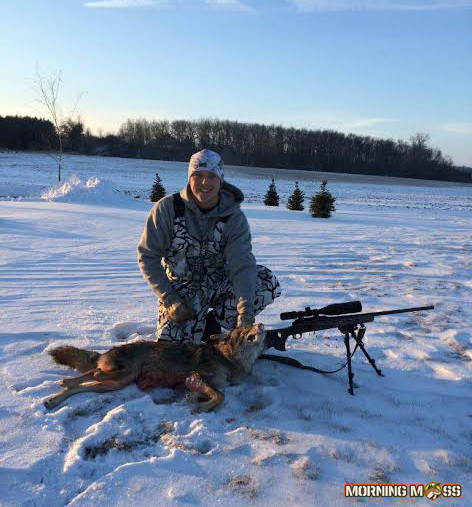 This big male coyote was shot in 2 degree weather in Wisconsin.

Awesome coyote and we hope to see some more coyote photos pouring in.