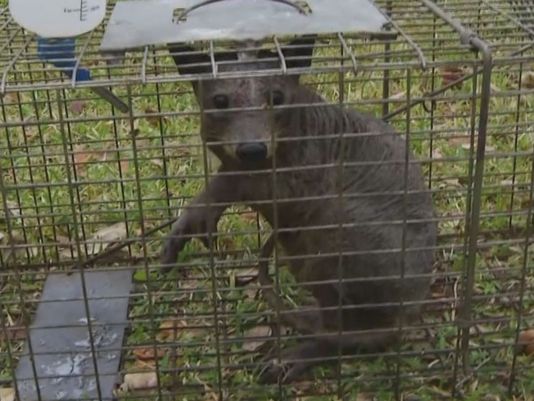 A couple in Dewitt County Texas claim to have caught the famous mythical Chupacabra creature. Photo credit to CNN

A couple in Ratcliffe, Texas, a very small town in Dewitt County may have been the ones to finally catch the famous creature, a chupacabra. The best part about this story, is that it’s alive. The Texas couple claims to have caught the creature while it was in a tree on their property eating corn

Jackie Stock and her husband were enjoying a typical night when he called her to come look outside in a tree. In the branches was the Chupacabra creature. Jackie was surprised and couldn’t believe what she was seeing.

“He called me to come and look and I said, ‘Bubba that looks like a baby chupacabra,'” Stock said.

The creature has a hairless back, large claws and many teeth. It also growls ferociously and matches many qualities of the famous mythical creature. 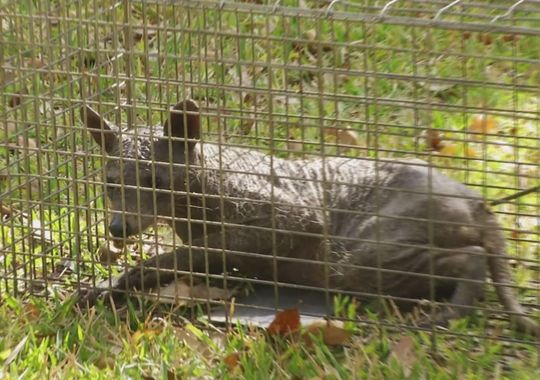 The Chupacabra creature is in a cage in Texas. Photo credit to CNN

Neighbors of the Stocks family agree that this creature could be the Chupacabra and say that they’ve never seen anything like it.

What do you think? Is this really the famous Chupacabra creature in the photos in this blog?

Send us your crazy animal stories and pictures and we’ll see if they stack up against the Chupacabra.