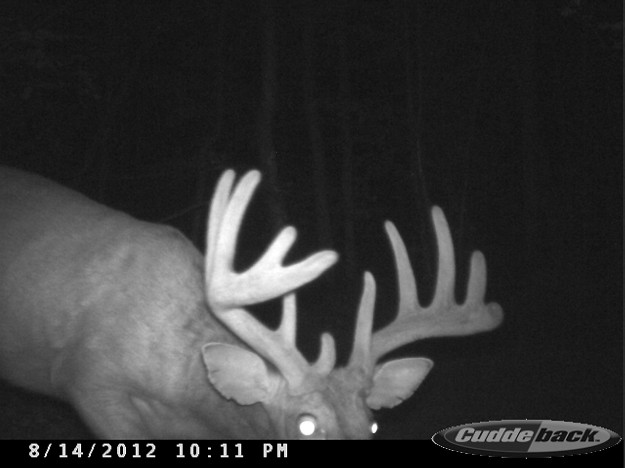 Hunting, just like anything else in life, is all about goals. Each year I set my goal for the hunting season by targeting a few select bucks. For me, seeing bucks develop and grow over a period of time is a very exciting process and I really want to kill a mature buck. One buck I have been chasing for three years now is a buck that I call “Miller”.

My quest for Miller started in the 2011 when I got a picture of him making a scrape on one of my favorite runways. He wasn’t very old at the time, but with a couple of years under his belt I felt like he could become something special. After only getting a handful of pictures of him that year, I was excited to see that he made it through the hunting season and harsh winter when I found one of his sheds. He was only about two years old but was a nice ten pointer with promising tine length. 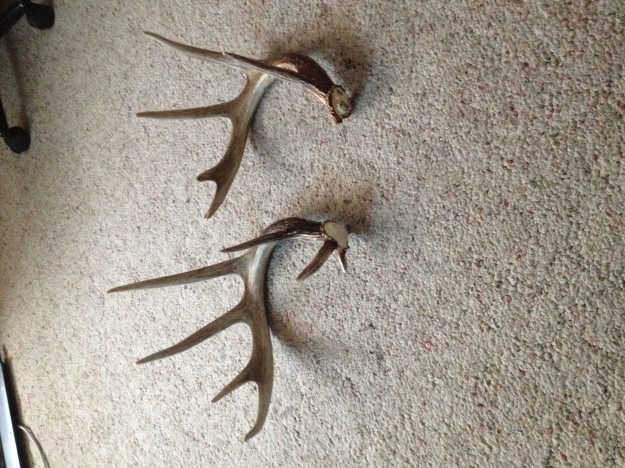 In 2012, as a three-year old, he began to show some good growth and even added a couple of points near his base. Over the course of the season I captured him on camera about 50 times, but once again never got to see him on the hoof or was able to locate his home range. Later that spring, I found another one of his sheds and  many rubs and big beds which was a huge sigh of relief for me. Getting one step closer to this buck felt like a huge accomplishment.

Going into the 2013 season I was filled with excitement as I positioned myself closer to his living area by scouting it and planning where I’d hang my stand. As the season went on I was disappointed to not get a single picture, encounter, or see any sign of him. He just vanished.

I really hope to be able to finish this story this fall by posting a photo of myself next to Miller, but in the meantime, I’ll keep planning some more spots and targeting mature bucks so that I can make more history with another monster.