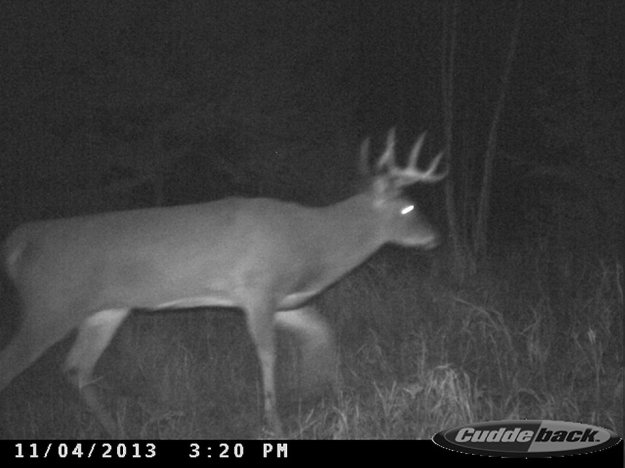 Casey Witt knows this buck well and is hoping to close the story on the buck that he calls, Arrow.

Last year was a tough year for me with hunting and I’m sure many other hunters experienced the same. Hunting the public land woods of Northern Wisconsin is not easy and a lack of deer on camera and seeing actual deer while in the stand didn’t make it any easier. While I didn’t see much for deer last year, I still ran my cameras and hunted hard, hoping for the best. Unlike in farm country, in the big North woods, you never know what could walk under your tree. I was able to get some pictures of a few bucks later on in the season and one really stuck out to me.

I was guessing this buck was a 2 and a half year old last season with a basic 10 point frame, but he had very good potential to be something special. Checking my cameras this season brought with it a very pleasant surprise, this buck is back and looking promising. Two weeks ago the woods started to blow up with scrapes and rubs and I knew that when it came time to check my cameras that something good could be on there. 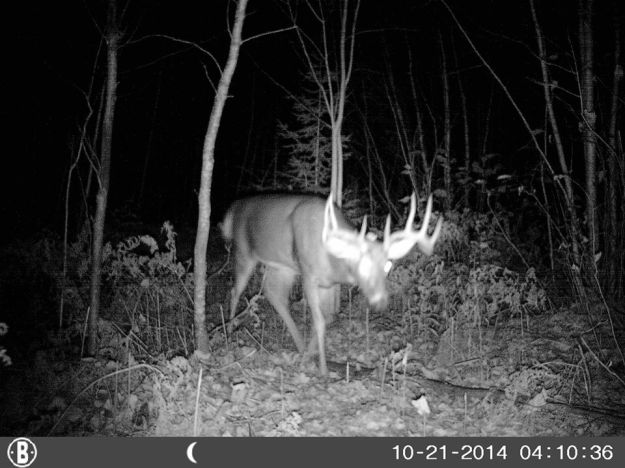 This is a trail camera photo of the buck, Arrow, from 2014. Casey is hunting this buck’s bedding areas.

Checking my cameras made my day, this buck was back and by now I had given him a name, Arrow. Once again, he had the basic 10 pt frame and had good G4’s but he’s gotten quite a bit bigger. This year I spent a lot of time during the spring trying to figure out where he was coming from and I think I finally figured out a piece to the puzzle as to where his bedding area is and hopefully, I’ll be able to catch him cruising.

I’ve been able to narrow down this buck’s home territory and he’s been very aggressive, tearing up a lot of ground and rubbing on lots of trees. I’ve got cameras in multiple areas and this weekend, will be checking and hunting this area of this buck.

While this buck is a young deer, it’s going to be hard to pass him up, especially on the Northern Wisconsin public land that I hunt. I’d love to shoot an older deer and keep developing this story, but if Arrow walks by, I’m going to have to make him earn that name.

Check out more hunting stories and more from Casey Witt.