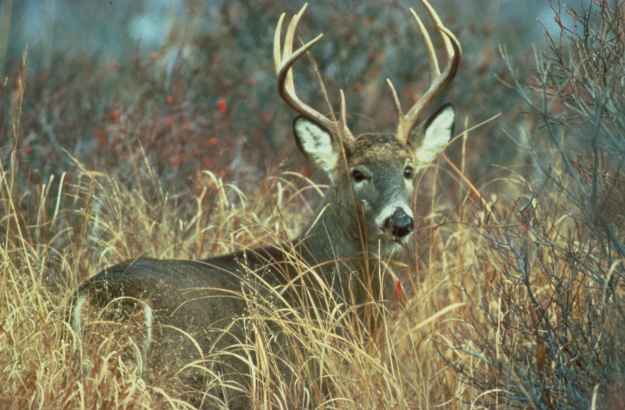 Bucks like to fight and protect does and their territory during the rut. We as hunters know this, but sometimes deer in urban areas like to fight other animals, like dogs. Some people who aren’t familiar with the rut don’t get it, but this man and his black lab learned the hard way recently while on a walk in Milwaukee, WI.

Ted Moss was walking his dog in Grant Park when he saw a buck and a doe. The doe ran away but the buck ran out of the woods and attacked his black lab. Ted has a concealed carry permit and fired the gun and the deer ran off, but not before doing some severe damage to his dog.

Moss ended up taking his dog to the vet where she’s expected to be home by Saturday.

The rut is on people and bucks are going to do some crazy things, hopefully we won’t see any more dog attacks though.

Check out more of the latest Outdoor News.