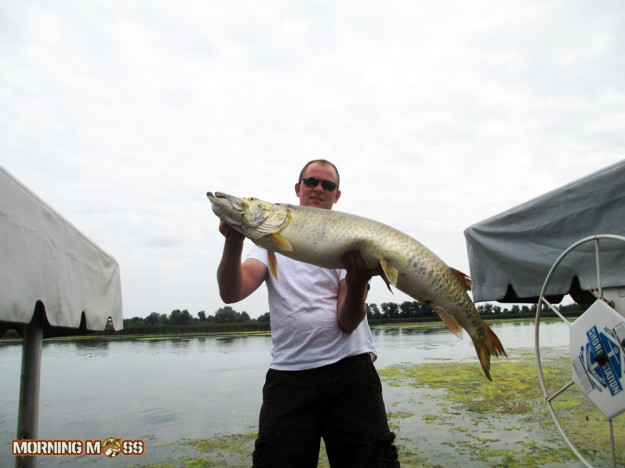 Not too many people can say that they’ve found a giant fish like this floating in the lake while they’re fishing, but MorningMoss reader Dylan can. Dylan came across this 47 inch muskie while he was fishing. The fish didn’t appear to be dead too long and as far as he could tell, died from natural causes.

This is a really nice fish and Dylan estimated that it weighed right around 30 pounds. He would not have kept a fish of this caliber if he had caught it live, but plans to have his grandfather who does taxidermy mount it for him.

What a great fish and it’s awesome that it didn’t just rot in the lake and can hang on the wall for some enjoyment!

Be sure to send us your hunting and fishing photos and we’ll post them up on MorningMoss.