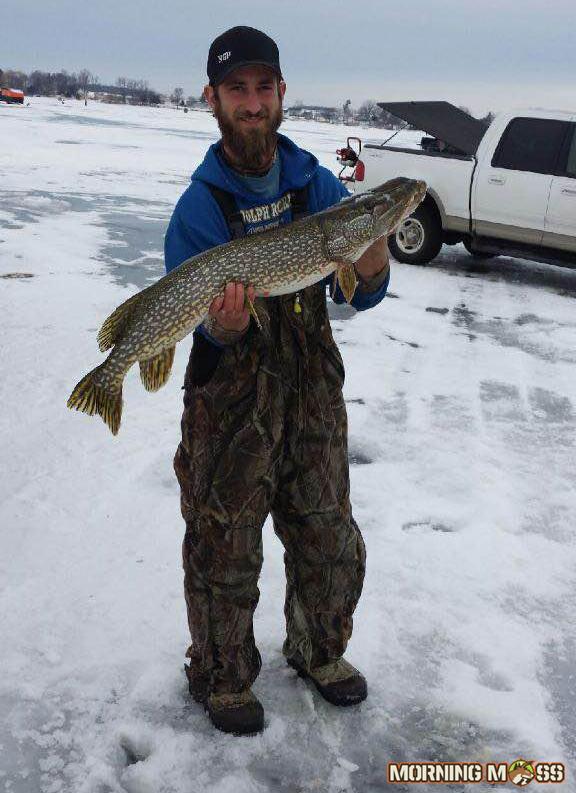 This northern pike was caught while ice fishing by snagging a line that it was already hooked on in Wisconsin.

Fish stories are something that  a lot of people like to tell, but this one is one of the most absurd ways of catching a fish you’ve ever heard of. My friend Nick was fishing last weekend jigging, when his line took off. He reeled and reeled and eventually pulled his jig up, tangled with more line…..

When Nick was finally able to get the fish and more line up, he realized he caught a monster Northern by getting his jig tangled with some line that was already hooked to a Northern. He speculated that the Northern either broke off a tip-up or had spooled the tip-up and got away.

Nick got a couple quick pictures of this big Wisconsin fish and released it. Technically, this would be a snag catch so he would not be allowed to keep it, but he wouldn’t have anyway.

Do you have any unique fishing stories? Send them to us and check out more fishing photos.