Break Up Your Outline with Snow Camouflage 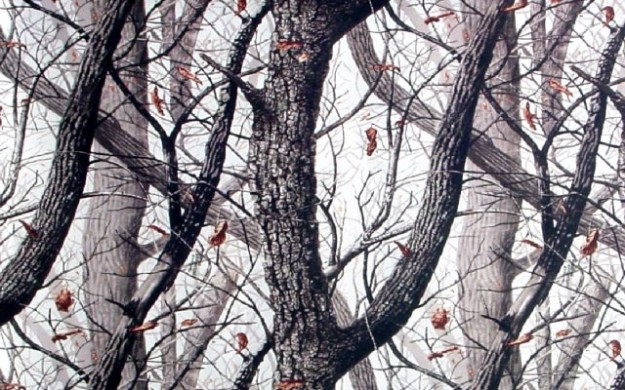 Using snow camo as your go to pattern in a tree stand with popple and aspen trees can really help hide you from elk and deer.

A lot of bow hunters that I know own plenty of camouflage clothing that cover a wide variety of patterns and colors. Whether this is the hunting industry influencing us, or an actual thought out strategy in concealment, I’m not sure, but the fact remains that there are plenty of options out there. Picking and choosing what pattern to wear can conceal you perfectly or make you stick out like a sore thumb in a tree. Today I am going to go over how snow camo can be used when sitting in an area where lots of popple and aspen trees are present and how it will allow you to blend in better.

Another Use For Snow Camo

Snow camo is not a very popular choice among too many deer and elk hunters. Coyote hunters tend to use this, but big game seasons end many times before snow falls. A few years back I was talking to a fellow hunter who was telling me about how he always was getting caught by deer when he sat in areas covered heavily with Popple trees. He went on to say that he always sat very still and covered head to toe with camouflage and he couldn’t figure out where things were going wrong until one day he got an idea. 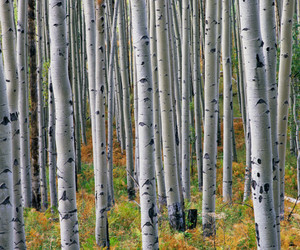 Another use of snow camo is to wear it in an area with light colored trees to break up your outline.

This particular hunter though that maybe the classic camouflage that he was wearing was hurting him more than helping him. He decided that after looking at the white trees in his area a change in pattern was needed.  After a few attempts he discovered that snow camo blended him in perfectly with his surroundings in these white trees and the skyline above them.

When you think about what sticks out most on a white background, a large dark green and brown blog would be that. Snow camo breaks up a light colored backdrop and appears as trees or leaves. If you’re up in the air against a light sky, it can really help you avoid being spotted.

Big bucks and elk are nothing to mess with and by being able to blend in better you’re going to have a much better chance at putting an arrow through an animal that by being that large blob in the sky.

Make sure that you check out more hunting tips on MorningMoss and enter to win a brand new Mathews Bow.