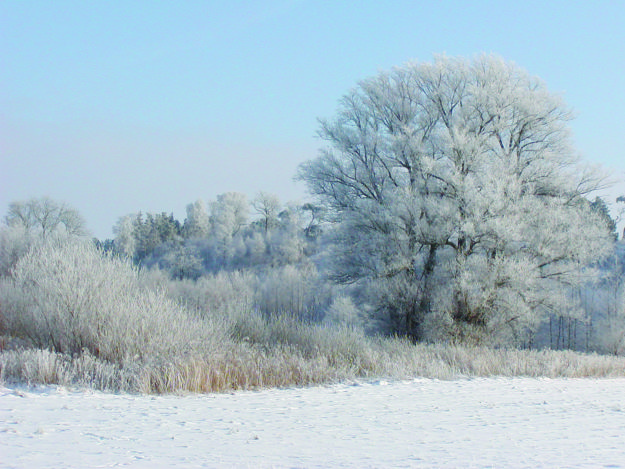 I recently read this poem,  “Dust of Snow,” which was first published in December of 1920 by the four-time Pulitzer Prize-winning poet Robert Frost.

The way a crow

Shook down on me

The dust of snow

From a hemlock tree

Has given my heart

A change of mood

And saved some part

Of a day I had rued.

Actually, I read it about a dozen times primarily because I didn’t know what the word “rued” meant.  So I went to dictionary.com and found that rued means “to feel sorrow over; repent of; regret bitterly; to wish that something had never been done or taken place.”   Obviously Mr. Frost wasn’t having a very good day.

I also wondered how a crow dislodging snow on a person could cause a change of heart in a way that actually saved the remainder of his seemingly terrible, horrible, no good, very bad day. Any time snow is dislodged on me, it finds its way to the one-millimeter space between my coat and my back. Those are the times I’ve rued.

Now I didn’t know much about Mr. Frost, so I researched him and learned that he was born in San Francisco in 1874 and died in Boston in 1963 at the ripe old age of 88.  He won four Pulitzer Prizes for poetry and was highly regarded for his realistic depictions of rural life. He was one of the most popular and respected American poets of the 20th century, and he even earned a Congressional Gold Medal in 1960 for his poetical works.

Regarding the poem, I don’t know who was under the hemlock, but let’s assume it was actually the author himself. I wonder why he was sitting, standing or walking under that tree to begin with.  If he was a Wisconsin boy under a hemlock in winter, he would be deer hunting at the tail end of late bow season, and there’s no way in the world any Wisconsin boy would rue any part of that.  It is more likely that he was dealing with some trial or tribulation in his life, and he needed to take a walk in the solitude of the winter forest to clear his mind or raise his spirits.  My research indicates he had lots to rue.

According to Wikipedia, Mr. Frost’s life was plagued with grief and loss. In 1885, when he was only 11, his father died of tuberculosis. His mother died of cancer in 1900.  In 1920, around the time he wrote this poem, he had to commit his younger sister Jeanie to a mental hospital, where she died nine years later.  His son Elliot died of cholera at age 8, and his son Carol committed suicide.  A daughter, Marjorie, died as a result of puerperal fever after childbirth, and another daughter, Elinor Bettina, died just three days after her birth in 1907. Frost’s wife, Elinor, who had heart problems throughout her life, developed breast cancer in 1937 and died of heart failure a year later. Mental illness also ran in Frost’s family.  Both he and his mother suffered from depression, and his daughter Irma was committed to a mental hospital in 1947.  His wife also experienced bouts of depression.

It is no wonder this poor man rued that particular day under the hemlock and, I am certain, many other days of his long life.  What is interesting is that, in the poem, he turned to the outdoors for healing and found solace in the little things in life that are available to each and every one of us – especially here in the spectacular Wisconsin outdoors.

Some Wisconsinites rue this time of year, so they leave God’s country for a warmer place.  I certainly don’t begrudge them for making that choice because for many it’s a matter of health.  I do worry, though, that they will experience depression, as sunny and 75 every day must be tough to take.  I also wonder how they ski, snowmobile and ice fish in Florida and Arizona.

I think Wisconsinites look forward to the change of seasons, and most of us long for those first few nights when the mercury dips below freezing.  We long for the sounds and smells of dried oak logs crackling in the fireplace. We await the charm of that first snowfall and we even look forward to the bitterly cold nights when a neighbor says, “It sure is going to be cold tonight,” and we reply, “Yeah, but it gives me a good excuse to snuggle up to my sweetheart and it’s also making more ice.” Winter forces us, at times, to stay inside and spend intimate times with those we care about most – and it gives us an opportunity to slow down and grow spiritually if we so choose.

The 118th Psalm, verse 24, says, “This is the day the Lord hath made; we will rejoice and be glad in it.” I’d like to think I could wake up each day this winter and rejoice in every second of every day He gives me above ground.  But that’s not realistic, since bad things do happen in winter – like the Packers’ loss last January to the Seahawks in the NFC Championship game, or the loss of a large walleye at the top of the ice hole.

I know there will be days this winter that I will absolutely rue — I hope it’s not because of some horrible tragedy like the ones Mr. Frost had to deal with.  Regardless of the circumstances, I am blessed to live in Wisconsin, and, like Mr. Frost, I can simply step outside on those days and take some ever-present medicine to cure my ills.  I know that hunting, ice fishing, sturgeon spearing, downhill skiing, snowboarding, cross-country skiing, snowmobiling, or a walk in the woods will always change my mood. And if I can’t find it in Wisconsin, I can certainly drive a few hours north and find what I’m looking for in the Upper Peninsula of Michigan.  I’ve always wondered why we haven’t seized that beautiful territory yet. I mean, really, what does Michigan need it for? That’s a topic for another column.

Perhaps you, too, will experience a day, or days, this winter that you rue.  Like Robert Frost, we at Badger Sportsman recommend you go outside, sit underneath a hemlock or instead partake in the plethora of outdoor activities this state, and our future territory to the north, has to offer.  Either by accident, or because you were looking, we pray that your adventures lead to a seemingly minor experience that changes your heart and heals anything that ails you.