5 Tips on How to use a Decoy for Deer Hunting 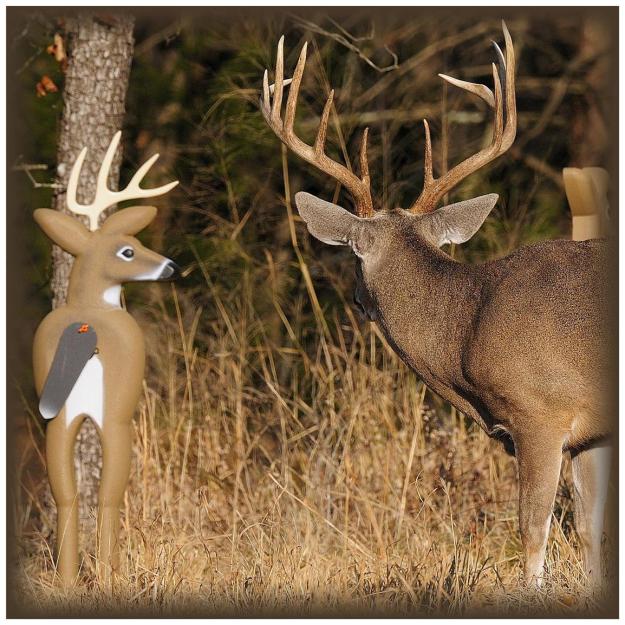 Decoys can be a deadly tool for any bow hunter, especially during the rut. Using a decoy can seem intimidating at first, but if you follow these five tips, you’re going to be on your way to success and maybe a big rack on the ground. Check out these 5 tips on how to use a decoy for deer hunting.

1. Use a Smaller Buck

Doe decoys can work during the rut, but what really gets a big, mature buck fired up is a smaller one that is in his area. A subdominant buck decoy can really piss off the big boys and bring them in running. Sometimes adding a doe decoy can help bring an intruder in to take the doe, but most of the time, stick with a smaller buck.

Having a decoy in thick woods isn’t going to do much good unless the buck is right on top of you, which should give you a shot anyway. When using a decoy, keep it in an area where it can get noticed. Field edges, woodlots, overgrown pastures, anywhere that a buck can see it from more than 50 yards away.

Bucks will approach almost anything from the downwind side, giving you the best shot. A buck is going to want to circle the deke before clobbering it, and when he does, you’ll be able to stick an arrow into him. This will put the buck easily within range and even if he looks right at the deke, will give you a nice shot.

4. Face the Decoy Quartering to You

Be sure to spray some scent eliminator on that decoy and maybe add some estrous or urine. Any buck that gets to the decoy is going to smell it, so you want to make sure that you can at least mitigate the odors of you on the decoy. Spray it down with scent eliminating spray and add something else like urine to keep the big boys guessing.

There you have it. With these 5 tips on how to use a decoy for deer hunting you’re going to be putting bigger bucks on the ground for a dirt nap in no time.