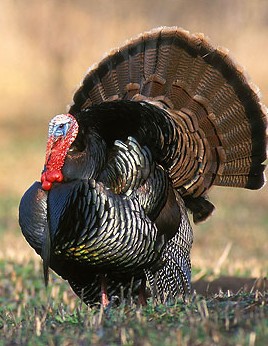 Turkey season is coming up fast and everyone loves a new toy now and then. If you want to add an additional call to your arsenal this season, try one of these 5 new turkey calls in 2014. 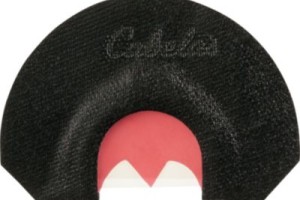 Turkey hunters that like to use a raspy diaphragm call will love the new batwing diaphragm from Cabelas. The call features a triple-reed and is part of the Cabelas SL Series Turkey calls that we featured on the site last week. The call is available in both full and small frame models so that no matter how big (or small) your mouth is, you’ll be able to make it fit. This is not a beginner diaphragm call, but most people will be able to get the hang of it with just a little practice. 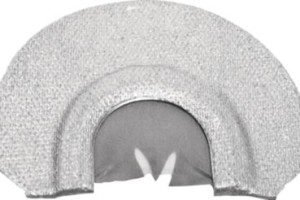 Duck Dynasty has gained massive popularity among hunters and non-hunters the past two years and Flextone Game Calls is joining the parade of companies that the bearded family is endorsing. This call is built around the famous “Uncle Si” and is part of the line of Uncle Si Robertson calls. The Si Cut Diaphrasm has three thin reads that have a small V cut but is great for yelping. One of the best features of the call is that you can bend the aluminum that it’s made out of to fit your mouth exactly how you want it. It does take a lot of air to work this call, but if you’re anything like Uncle Si, that shouldn’t be an issue. 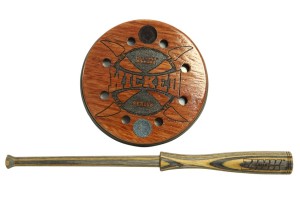 While this call may be on the more expensive side for some, it comes with plenty of bells and whistles. The call is made out of acrylic-impregnated Brazilian cherry (whatever that means?) and comes with a rubberized grip ring, which is awesome. There is an inset striker conditioner, which is very handy and the backside Sweet Spot is another great feature. The call was also designed by champion friction caller Matt Morrett so the sound is phenomenal. If you want to drop some coin on a nice slate, this one won’t disappoint. 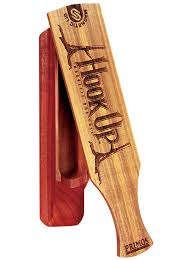 This is one of the most innovative calls that we’ve seen in a while, and it’s been done on a  traditional call, the box. The Hook Up Box Call from Primos takes the traditional tuning screw that is in most box calls and replaces it with a strong magnet. The magnet gives the call more flexibility and allows the user to hit different angles that are not possible with a screw, giving the call a larger set of noises. The call sounds awesome and is sure to bring in the big boys this spring with clucks, yelps, purrs and eve a nice Gobble with the gobble band. Plus the commercials for the call are really nice as well. 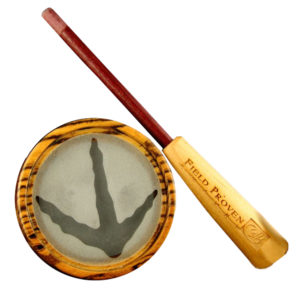 The Mini Tracker is a small pot call that has a big pot call sound.The call has glass over slate on the surface and is in a South American bocote pan (this is fancy). The sound is very high pithed and clear and overall the call can make any noise you need it to. The pot call comes pre-conditioned so you can use it straight out of the package and it’ll sound like you’ve had it for years. While the call is a bit bulky, Field Proven has assured it’s customers that a new thinner version is coming soon.

These 5 New Turkey Calls for 2014 are sure to put more long beards in your path when you hit the woods and fields this spring.