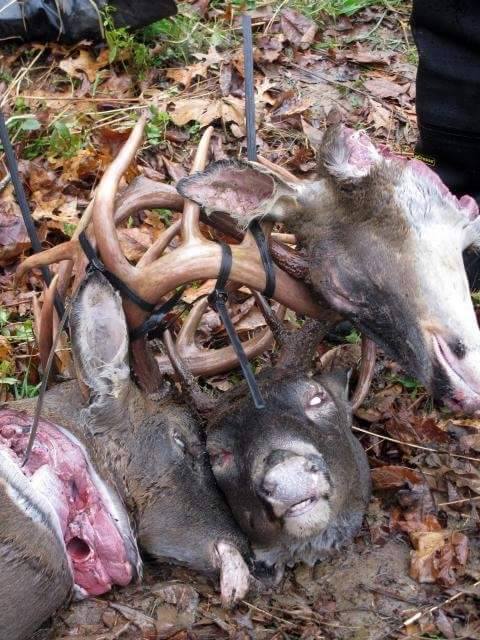 These three bucks were found dead in an Ohio river after they were locked up during a fight.

With shed hunting here we are sure that you’ve come across some dead heads, but check out what an Ohio Forester, Jason Good found while surveying timber in November. These three giant bucks had locked up during a fight and died in a creek. What a shame and the bucks were absolutely incredible.

3 Bucks Locked Up and Killed

The land owner and the game warden were very surprised. This fight must have been a big one with all three of these monster bucks involved. The Ohio Division of Wildlife and Game confirmed this was a natural occurrence and allowed the salvage of the deer heads. The people who recovered the deer kept the antlers held together with zip ties so that they could replicate it.

Ohio Bucks Fight to the Death 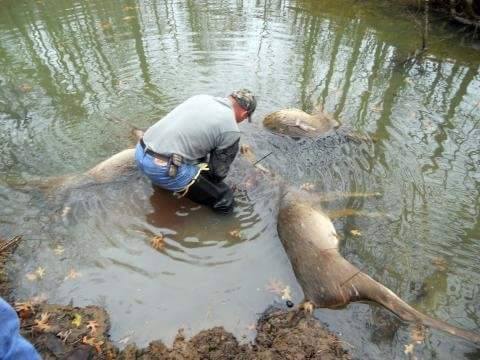 These three Ohio bucks fought to the death before dying in a river.

In total there was an 11 pointer, a 10 pointer and a 7 pointer that had a broken tine. In all, over 400 inches of bone according to Boone and Crockett Club scorer Jack Satterfield. The scores of each deer had to be impressive to get over 400 inches. 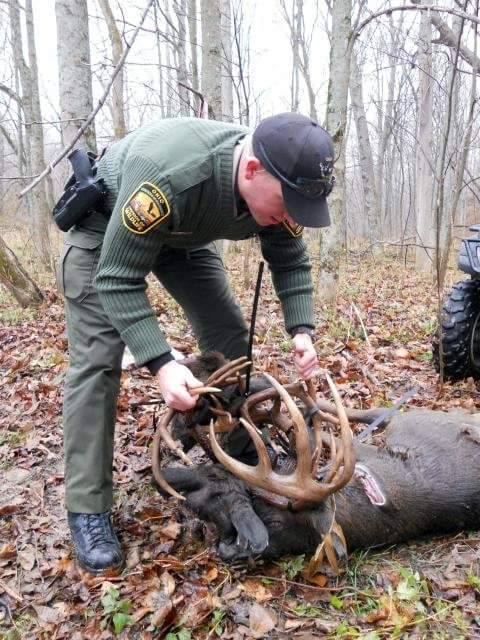 There was over 400 inches of bone on the three bucks that were found in this Ohio river.

While it’s certainly a shame that these bucks had to go this way, at least they were found and will make an absolutely incredible mount on somebody’s wall.